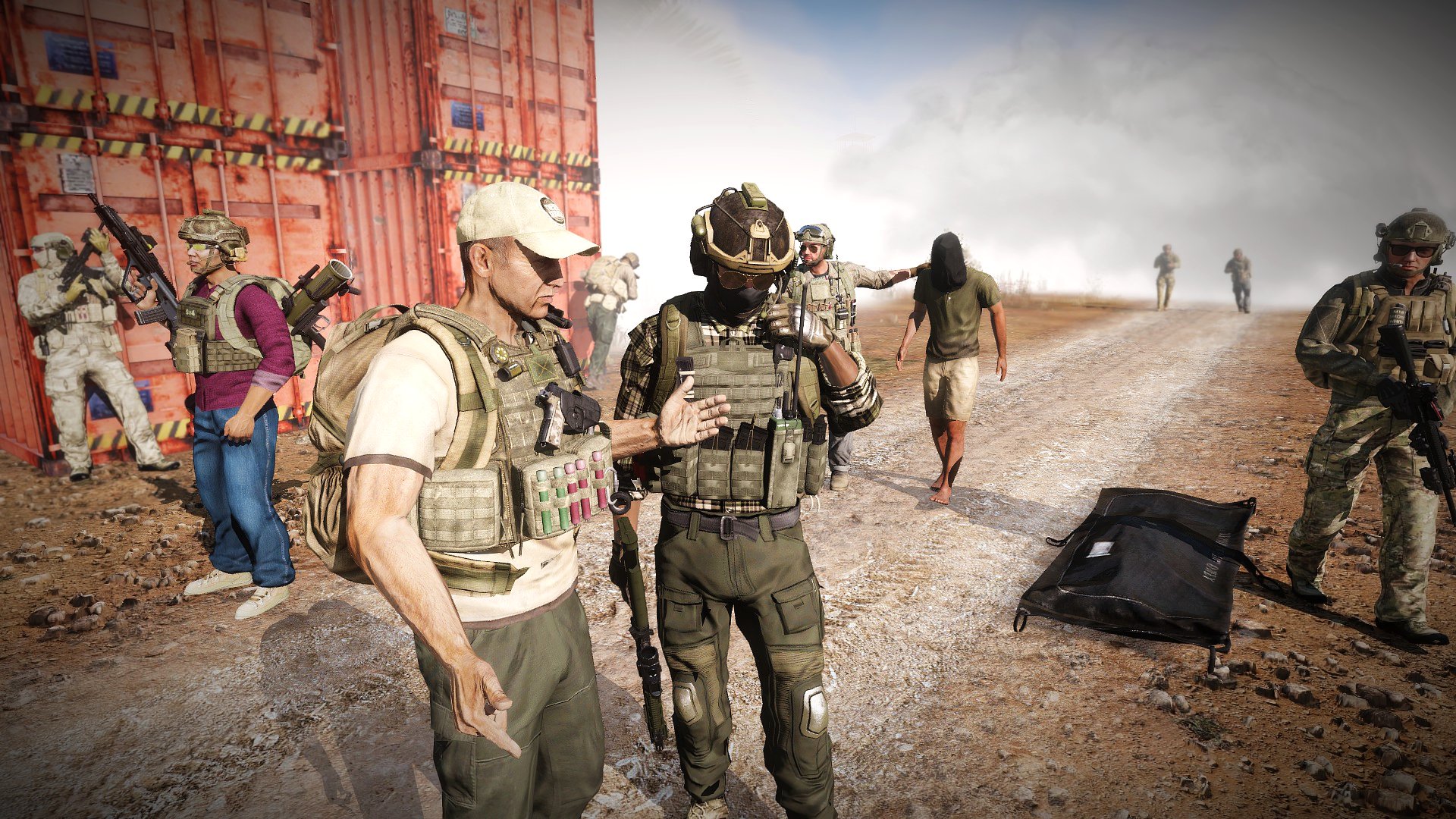 A Year in Review

As the body counts have indicated, we have overhauled our difficulty settings to provide a more challenging experience. At the closing of 2020, it was decided to increase the recruit starting monies from $3,000 to $3,500 to build those addictive spending habits.

The majority of the Training Documents have been finalized and posted for our contractors to reference. Additionally we have a new document, the Player Handbook, that was conceived and completed by Charley Allen. Thank you to him and all those who suggested content. The Player Handbook will benefit those contractors new to the game of Arma 3. Along with these raw recruits Theseus has had an influx of experienced Arma 3 veterans throughout the year, filling our ranks to a decided capacity. The varied and capable playing styles and personalities have added much to the team.

The larger turnout to our contracts has led the Directors to implement a revised team structure. Loosely following fighting force standards we have divided the number of contractors into smaller groups under additional leadership to reduce the command load at all levels. This has led to a greater opportunity for leadership roles for those contractors looking to move into the command positions.

Thank you to everyone who has worked to clear the Trello board of nearly all of the issues. Additional thanks to those who have contributed their artistic talents to add great content to our media exposure. Thank you to both Earth Kuma and Zoltán Sárközy for their amazing photo captures of our contract action for our own enjoyment as well as for the Theseus Twitter page. Thank you to Skye Walker for her creative propaganda posters for the various contractor roles. Well done to all.

A revision of the Standard Operating Procedures (debuted Tactics & Procedures as it used to be in early Theseus) is currently in progress. It’s goal is similar to other reworked documentation, shorter material than can be consumed with greater ease. It will be split into multiple Advanced Trainings that will be partly required by the new T&P.

Theseus Lore is now available via the History page. We are currently looking for anybody interested in expanding the Theseus-verse. If you are interested let us know via Slack.

Director Of Security Kelly Gingras has stepped down from his director position to pursue real life endeavors. Kelly has been an incredibly valuable asset in regards to mission making, documentation and many other Theseus related subjects. On top of that he was also a great leading asset with a great personality.

Although Kelly has stepped down at this time, it is almost certain he will rejoin in full capacity when he has the time to do so. Theseus wishes Kelly the best of luck with his future endeavors!

More Than Happy to Lead

We have every bit of confidence that Mick will make a great director and will contribute immensely to the organisation, already going above and beyond since he has joined. Congratulations Mick!

A Man of Many Titles

Lastly we have one other announcement. It is no secret that Tyrone does borderline insane amounts of work for Theseus in all branches. From running and quality checking every mod that goes in the modpack to assisting in write ups for the history entries on the website, he is always involved. Hopefully with the new director appointments we’re able to relieve him of some of the daily tasks, making room for other projects.

Tyrone’s continuous efforts have not gone unnoticed and we think a person with these capabilities, dedication and overall intent to constantly improve Theseus as an organisation requires a suited position. Tyrone Woods is hereby promoted to Vice President of the organisation. Congratulations!