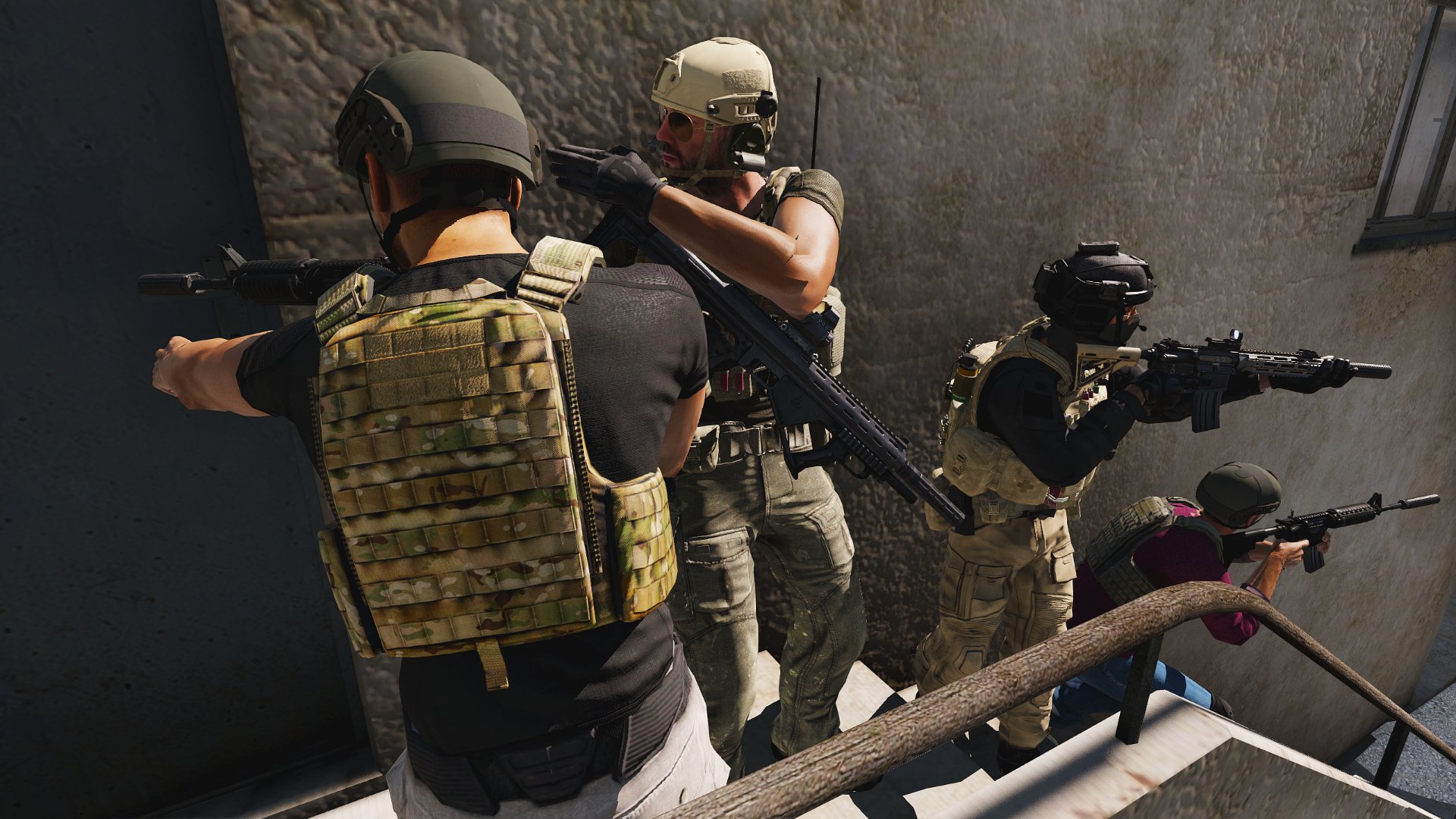 We are switching our chat platform to Discord!

All the required functionality on Slack has been moved over, and the Discord server is now ready. Hermes and website integrations have been rewritten for Discord, and we have added some other integrations to obtain the same administrative functionality we had on Slack. More integrations are likely to be developed to reduce the time and work needed to perform many administrative tasks within Theseus, as well as to provide a more standardized platform used among Arma and other gaming communities.

Candidates eyeing Theseus as a potential community to join can now join us on Discord and ask questions before putting in their applications. Among general community information, you can also find information about playing Joint Operations with us.

We will wholly and officially switch to Discord by Sunday, 25th of September 2022 - see you there!

We are only in the 3rd quarter of the year and have already been through 5 campaigns in various locations worldwide!

We started the year with Die Walküre by Jack Laird, a campaign where we were sub-contracted by Mozart PMC to assist them with their operations in Lingor. We fully embraced their soviet equipment and have never felt so glad to have our Arcadians than those Vodniks when we left the country.

Following on we had Rasputin by Mike Woods and as the name suggests we were employed to eliminate the near-mythic figure of Rasputin a man of which the legends are true. After fighting against his followers, It took us 4 attempts to finally put the man down after he escaped in black smoke in earlier attempts.

Vae Victis by Josh Vee saw us employed by IDAP working with the Militares Sans Frontieres PMC in Takistan where we retook territory against the Takmyr Militia to put an end to their reign of tyranny allowing for IDAP to provide aid to the local civilians.

Your Waifu is Trash by Jack Laird was our first sub-contract-only campaign where a small team of contractors were involved in finding and stopping the Virtual Idol Sventa Ringu. To no one's surprise, Sventa was a masquerade for our arch enemies the Seven Rings and those that were present during the final operation made a horrifying discovery.

Our most recently finished campaign was Glory to the Heroes! by Zak Zakharov where we deployed covertly in Chernarus to fight along the Chernarussian Defense Force and Civilian Militia to push back the Russian Ground Forces who had established a foothold in the northwest of the country. Contract by contract we slowly made our way to the border which concluded with an explosive last-ditch armoured push by the enemy halted indefinitely.

Theseus celebrated 7 years in June of this year. Starting as a group of friends who met playing Arma and had the idea to create a contractor-themed milsim group well before it was popular, we are incredibly honoured to have built what we see today and watch all our members enjoy it week to week.

Since then many members have joined and also left. Without them, we wouldn't be where we are today. Everyone shapes Theseus a bit in their own way. We evolve, we overcome burdens, and most importantly, we put a shitton of effort into what we enjoy!

Awesome work everyone and keep it up!