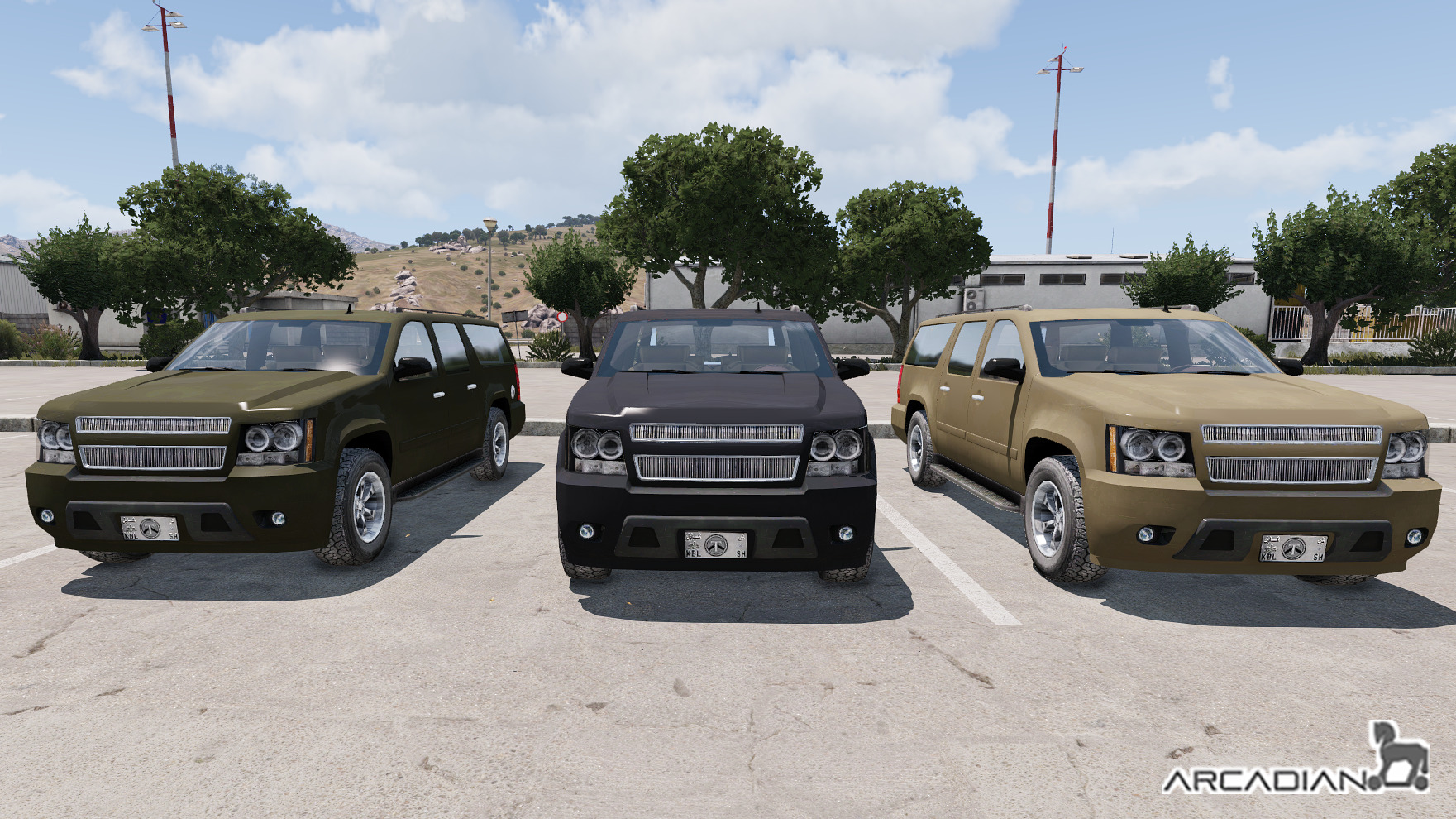 Mick and Tyrone designed and created a new vehicle for our use, the Arcadian GT, an upgraded SUV offering improved tire armor, alternate engine and surface sounds and the removal of the side mount passenger positions. Additionally the vehicle transmission mechanics have been changed to better represent how this vehicle package would likely perform.

Arcadian GT is becoming the standard Theseus vehicle, providing great balance between mobility and armor it has already seen resounding success since the change.

Polaris DAGOR was also acquired as a light and fast alternative with the Eagle IV remaining in use for heavy combat scenarios.

After months of work by our very own Tyrone, the Driving SOP has finally been completed and posted publicly to the training page. Since the inception it has been in use to find the correct balance and what works for us, featuring standard operating speeds, formations and distances.

Driving has improved greatly since this implementation and as such all contractors should familiarise themselves with it.

After a long awaited election, the Communist party was outvoted by the Democratic party. The new President immediately set his eyes on rejoining NATO and disbanded the AAF, former members of the AAF set against the new regime formed into the FIA.

Theseus was brought in, supported by a Special Forces team provided by NATO to immediately mitigate any major damage the FIA could do and help facilitate the transition into NATO membership once again.

Providing close protection support and QRF to any immediate threats the FIA as of yet have been unable to deal any devastating blows to the new regime.

We have entered the final phase of the campaign as NATO negotiations were moving at a steady pace and FIA were slowing down. During the negotiations, Mayor of Pyrgos was captured by enemy forces and successfully rescued by Theseus. Negotiations resulted in favour of peace.

Thanks to Tyrone for providing the campaign for us.

After years of service the trusty AN/PRC-343 is being retired as the standard radio for Contractors. Replaced by the AN/PRC-152 featuring longer ranges, better ease of access and more reliable communication all around.

Due to the charitable nature of Theseus all of the old 343s have been replaced free of charge for all Contractors!

After years in the making, the dreaded ACE Medical Rewrite is finally upon us. Sweeping changes have been made to improve realism and provide a better medical experience.

Fractures are now a new pain to deal with, crippling your aim or even your movement abilities until a splint is applied. Blood loss is ever more deadly with small wounds causing more damage than you may think (or even notice in some cases!)

Medics are finally able to take care of themselves, allowing for self-stitch and self-IV.

Adding onto the medical update, Painkillers are now available in the armory to enhance the Contractors ability to self-medicate on the battlefield without risking an overdose. Many thanks to Josuan for providing these for us.

In goal of promoting training, an additional pay rate has been introduced for training, equal to Combat 3 payment of $500, which is higher than trainings were previously paid at.

Pilot roster was always small and only grew smaller in the recent months. After re-opening discussions, Director of Aviations, is effective immediately opening Pilot positions to Standard Flight Model (SFM) pilots in addition to Advanced Flight Model (AFM). Change is being implemented together with the program of Pilot Reserves. A Pilot Reserve is any trained pilot expected to perform standard aviation duties in Theseus when a mission calls for it and no active Pilot is present or able to fly. Pilot Reserve includes both Transport and CAS Pilots under same rules as full Pilot. This position is now open to all pilots, AFM or SFM!

Kresky has decided, after a long time of service, to step down as a Director.

For a while now, I've lacked the enjoyment I once had for Arma when I first started playing. As such, I felt it was best to step down from my position, rather than continue forcing myself through. At this moment, I'm not fully leaving, and I may pop in for a mission every once in a while, or perhaps make one myself every now and then. But with that said, I will be a lot less active in-game - you can however still reach me on Slack any time you wish.
Cheers to everyone in the group, it's been a fun ride, but hey - nothing lasts forever.
~ Krestoffer Kresky

Kresky will assume position of an Archivist within Theseus and will continue to be involved following his own wishes. Tyrone will take over some of his behind the scenes projects, including leading Olympus, TAC Units and TAC Resources developments, as well as handle modpack updates. Kresky is helping him out for the time being while he is getting settled in.

Thanks for the continued service and a huge amount of time invested in Theseus, pushing it forward, into directions we didn't envision or thought about. You are always welcome to play with us, we all know that itch will be back sooner or later! Your high scores on Olympus 1 ranges shall forever be unbeaten.
~ Board of Directors