At the start of the year Theseus assisted Mozart PMC with their operations in Lingor. Mozart have almost manged to complety remove the foothold the People’s Liberation and Resistance (PLR) had in the south of the country.

However with Mozarts last operation to take Calamar they have suffered too many casualties to fully eliminate PLR forces still situated in El Villon. Three key locations have been marked as Theseus primary objectives.

PLR forces will be dug-in and defending their diminishing front line. They have also received additional man power from revolting civilians who have also equiped themselves with avalible armour and weapons.

Theseus are to clear El Villon of PLR forces. 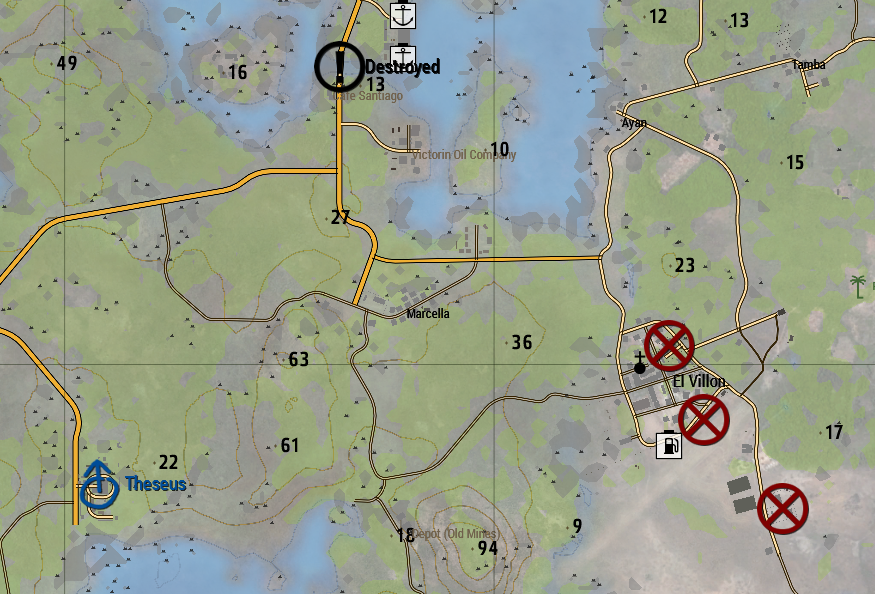 Two Ares teams were successful in clearing the three objectives in the town of El Villon. The teams were met with heavy resistance, from troops with modern equipment as well as multiple military vehicles. Sadly, three contactors were KIA.