As of 8 days ago a new virtual idol Sventa Ringu debuted to an audience of over 250,000 concurrent viewers with her debut stream gaining over 100 million unique views making her the biggest independent streamer known to date. It's expected that in donations alone she has made over $15 million US dollars.

However, on the dark web there are rumors that speak of how this is merely a ploy to fund and recruit fanatic viewers into the Seven Rings organization. Given the popularity and immense funds that this person has generated NATO has greenlit Theseus to conduct operations to look into these rumors and if deemed true apprehend whoever is behind the virtual idol Sventa Ringu.

Intel taken from the last operation has led to a discovery of an encrypted message that Sventa's top financial supporters have been invited to an offline meetup party in Neochori.

Intel teams have tracked a recent large order of Sventa Fuel (a branded soda) being delivered to a warehouse which has been confirmed as the meet-up location.

Recon teams have confirmed light armed guards are patrolling the town and as such to reduce the risk of the party goers fleeing have set-up a safe house for the assault team to drop off vehicles and proceed into the town on foot.

The recon team also has a Transport HEMTT that will arrive at the party location once the assault team has cleared to take away captives. 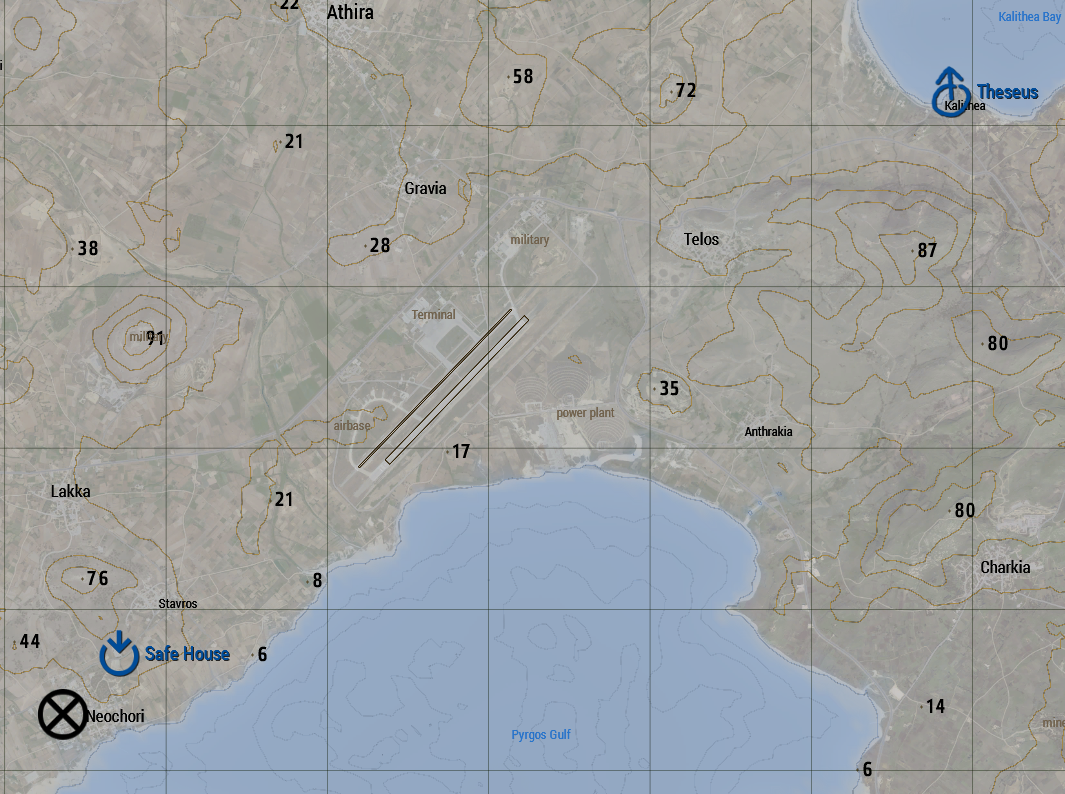 Theseus was tasked with assaulting a rave where top financial supporters of Sventa would be at. Through the night, contractors snuck in close to the party location where things quickly escalated as a fire fight ensued. Some civilians were captured on spot but then, the enemy overpowered the contractors and were able to capture two of them.

A secondary Theseus team was brought in field hours later to move in for body and hostage recovery. Upon reaching the objective area, the captors made demands. Theseus bluffed them which resulted in one of the Theseus contractors being executed. Through a hard push in, unfortunately, the second team was also wiped out resulting in a complete mission failure.