Our overall objective is to retake the AFRF-occupied areas with help from the local militia and CDF and push them out of the region, while making it appear completely like a local operation.

After the region is secured and back under control of the people and local government, then direct talks with NATO can proceed, as well as providing troops for security of the region without NATO having taken any direct action and starting a major world conflict.

The most recently taken areas of Pavlovo, Zelenogorsk, and Sosnovka haven't had a large amount of time to set up defenses after their recent offensive against local forces.

Since the equipment we'll be able to smuggle in will be meager, we can procure any equipment that enemy forces brought up to the line in Pavlovo and on their persons to assist us in further retaking Zelenogorsk and Sosnovka.

Locals that scouted the enemy lines before we arrived confirmed there was a cache of weapons in the town of Pavlovo. They bid us to take what we needed but leave the majority for their forces and mark it for later pickup. 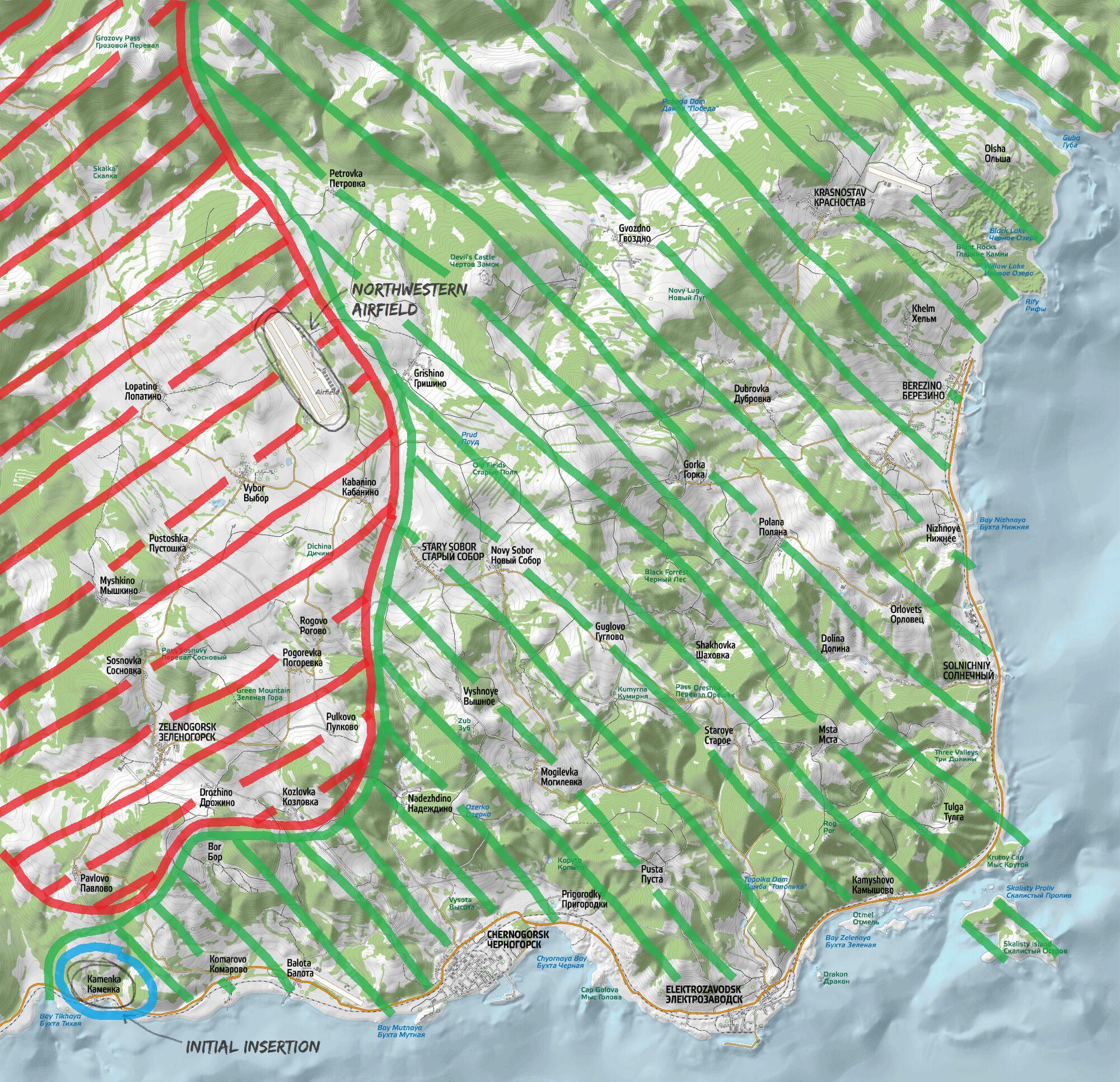 Theseus inserted under Guerilla disguises into Chernarus to begin their campaign assisting local and militia CDF to fight off enemy Russian forces that have recently captured much of the area. Under these disguises, Theseus were able to assault the first town of Pavlovo and secure it while also locating a weapons cache that was put to use.

Continuing on, we moved on to our largest Objective, Zelenogorsk, where we came under fire from a couple APCS and larger squads/patrols of the enemy. Quickly dealing with the APCs and most of the infantry, 3 local CDF soldiers were discovered as hostages. We finished securing the town and left them there as we moved on to our last Objective, Sosnovka. Here we eliminated all infantry and discovered some Ratnik Russians including an officer. From this, we can assume their more equipped and advanced forces are not that far behind and can expect to be dealing with them in our next upcoming offenses.

Upon finishing this last Objective, we captured 2 POWs of our own that we brought back with us for any questioning. However, upon returning to the 3 hostages we rescued, an attempt from the enemy to sabotage their own armor proved fatal for them as they were caught in the blast that leveled the large building they were held in. Fellow CDF units will reach out to their families and relay our condolences for their loss.

Fortunately, no contractors were KIA.