For weeks, the news has been flooded with pictures from Takistan: civilians fleeing, burned villages, bodies left unburied. The ethnic Takmyr militias perpetrating these atrocities against the Karzegh minority have operated with complete impunity, with the chaotic central government unwilling to intervene and the Takistani army staying in their barracks, giving tacit approval to the slaughter. Supported by the long-running insurgency of the Tehreek-e-Taliban Takistan, Takmyr militias have been moving rapidly. Southern Takistan, with the greatest concentration of ethnic Karzegh villages, has become a lawless war zone.

Today, we will bring it to an end. A coalition of NGOs, headed by IDAP, has hired Theseus and Militares Sans Frontieres to act where the United Nations will not and stop the ethnic cleansing of Karzeghs in Takistan. MSF has been brought on as a predominantly mechanized contingent, while Thesus' role is primarily light duty ground assault and air-mobile. Although we have worked against MSF many a time, today they are our allies and have formed a joint contract command with Theseus for the duration of the campaign. All contractors are expected to maintain professionalism and refrain from indiscipline around MSF personnel.

Theseus' mandate is to work with MSF to stop the genocide and allow as many civilians to escape to IDAP-run refugee camps in the Karzegistan border region as possible. The NGOs hope to pressure either the UN or Takistan's government into acting quickly, lest they undermine their precious sovereign rights.

One of the major terms of our employment under the NGOs is that no explosive weaponry may be used. Due to an extreme aversion to UXO, we are under Ottawa treaty restrictions and all contractors are to refrain from using non-command detonated explosives. While this leaves us able to continue using placed explosives, it means that we are unable to use fragmentation grenades, APERS or AT launchers, HE grenade ammunition, or rockets and missles for CAS. Theseus command does not expect these restrictions to be onerous given the low-tech nature of our foes for this campaign.

Our first tasking is to create a 'safe zone' in Southern Takistan by cutting off access to militants through the Narran Darre and Sar-e-Sang passes, two strategic crossings across the Silsila-ye Siah Kuh and Darre-ye Sabz mountain ranges. MSF has been given the objective of the Narran Darre pass, while we have been given the Sar-e-Sang pass. Although we had planned to conduct this sortie with more equipment available, our operation has been moved up in the timetable due to the rapid movement of Takmyr militiamen through the passes.

We have arrived on the ground in Southern Takistan and set up a base in the Loy Manara airfield near the international refugee camp established by our NCO employers. Transportation of our gear and personnel have been delayed by the small size of the airport and its single landing strip.

MSF forces arrived several hours before Theseus and were able to secure the airport and complete their objectives in the night and early morning. Our forces have just arrived and our helicopters, second tactical team and engineers are still mustering but should be arriving within 2 hours, and will relieve you once you secure the Sar-e-Sang pass.

We are to clear the villages of Sultansafe, Huzrutimam, and Chak Chak of militia fighters, fight up the approach to the Sar-e-Sang Pass, and take it before being relieved by Theseus' second onsite tactical team.

Takmyr militias made an unexpectedly aggressive push when we were hired, using trucks and technicals to blitz their way down Takistan's main roads to cut off border crossings and the airport. Expect concentrations of militiamen in the villages on the way to the airport. All reports indicate that they have been at their grisly work for hours; the civilian populations should be presumed dead or successfully escaped. Reconnaissance by fire and other aggressive tactics are explicitly authorized.

Takmyr militiamen and Tehreek-e-Taliban Takistan formations use a mixture of Cold War surplus weaponry and do not use armor. Expect small arms, light machine guns, grenade launchers, RPGs and some truck-mounted or emplaced heavy machine guns.

Command has anticipated large numbers relative to our force, and has provided your team with 6 Minigun armed Arcadians to bring overwhelming firepower and mobility to bear on the enemy. 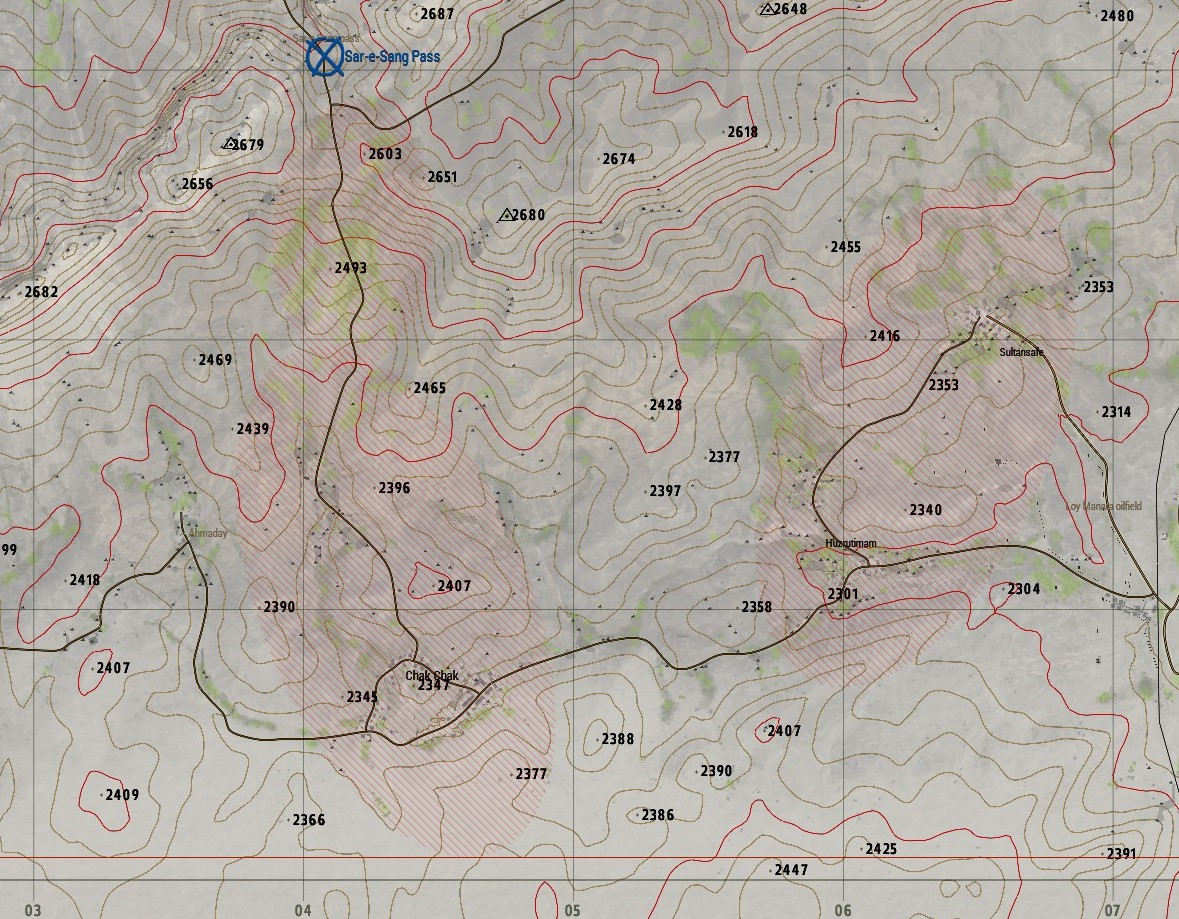 Theseus contractors were deployed for this phase to establish a safe zone in the southern region of Takistan. Their forces pushed through Sultansafe, Huzrutimam, and Chak-Chak respectively, clearing the towns as they passed through. Multiple mass graves with burning bodies were discovered.

After establishing a line along the north road leading up to the Sar-e Sang Pass, a reinforcement team of Theseus contractors were brought in by helicopter to take over guarding this northern passage. The initial contractor force returned to base not long after they landed.

4 contractors were killed in action.