Theseus first task as part of their deployment in Lingor is to pick-up supplies from a cargo ship which has landed in Victorin Port and deliver them to Mozart FOBs.

A Mozart PMC squad has secured the ship an are awating Theseus with cargo vehicles to take them back to both FOBs. 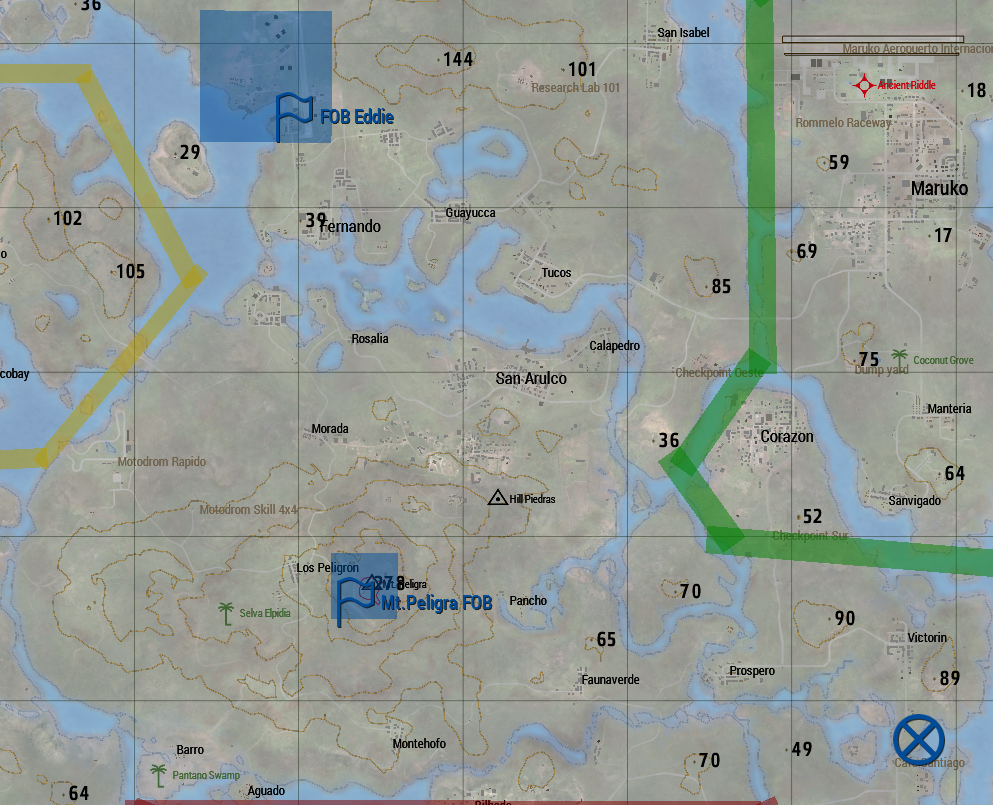 Theseus teams conducted a convoy escort mission to gather supplies for joint Wagner-Theseus FOBs in the complex Lingor factional environment from a local port. Logistics crews loaded supplies under fire from infantry, mortars, and vehicle-mounted heavy weapons, with dismounted infantry providing protection. Theseus was able to resume the convoy in good order after repelling the attackers, despite damaged trucks. On the return trip to deliver supplies to the FOB, forces from People's Liberation and Resistance conducted three minor ambushes of the convoy but did not prevent it from achieving its objectives. Theseus forces also encountered Cartel positions but were not fired upon.

Three contractors were KIA. Two Wagner-provided unarmed GAZ Vodniks were abandoned along the convoy route, either cannibalized for parts or damaged by anti-materiel weaponry.