A shipment of the new and improved GT Arcadians has been lost whilst on route to Altis. The shipment contained 4x - Grey (Armed) 2x - Tan and 2x - Green.

Theseus intelligence teams have managed to find the possible locations of the unarmed arcadians which have been taken by local Alits gangs.

The four Armed Arcadians have been spotted at a Seven Rings facility in Pyrgos. However before attacking the seven ring facilities we need to acquire hard evidence linking them to the stolen shipment.

Expecting the gangs and Seven rings are in collusion it may be possible that the Seven Ring forces will start to extract from Altis after reports of the gangs being attacked. Therefore the Intel confirming Seven Rings involvement must be acquired before 0600. Theseus command will inform contractors when they have the Green Light to assault Pyrgos. 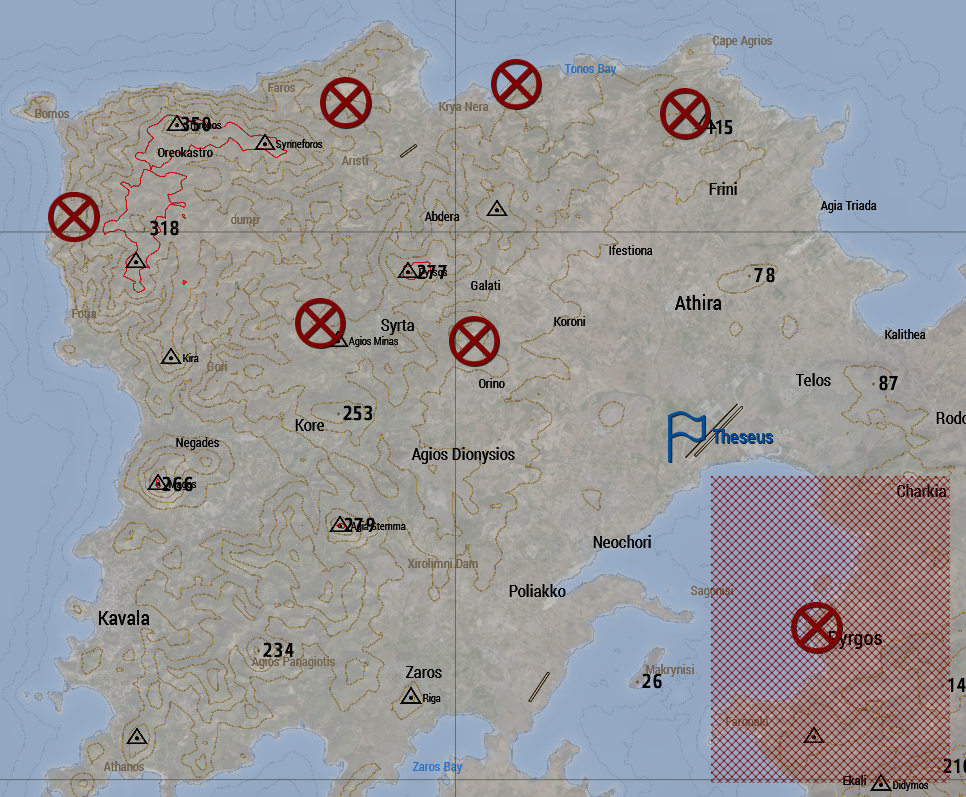 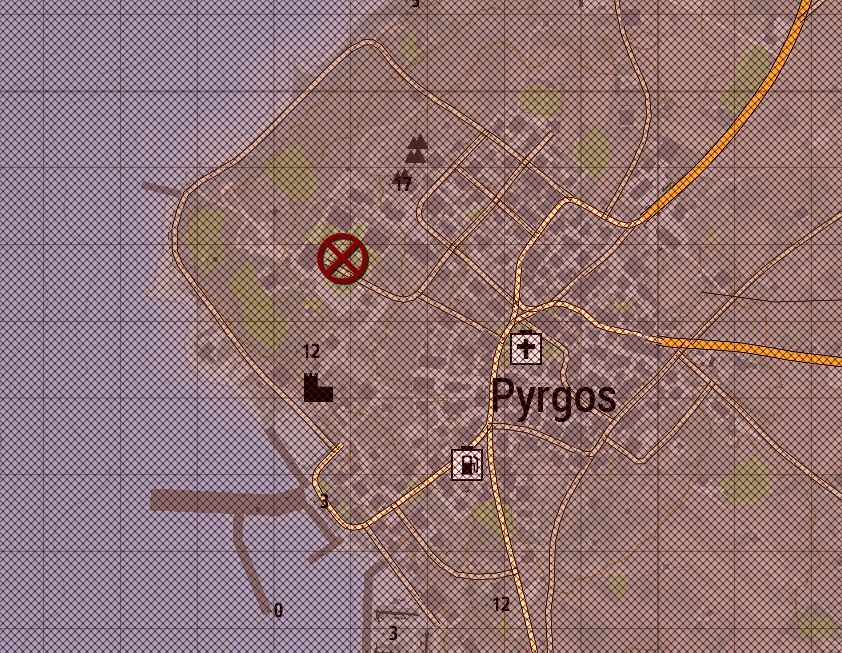 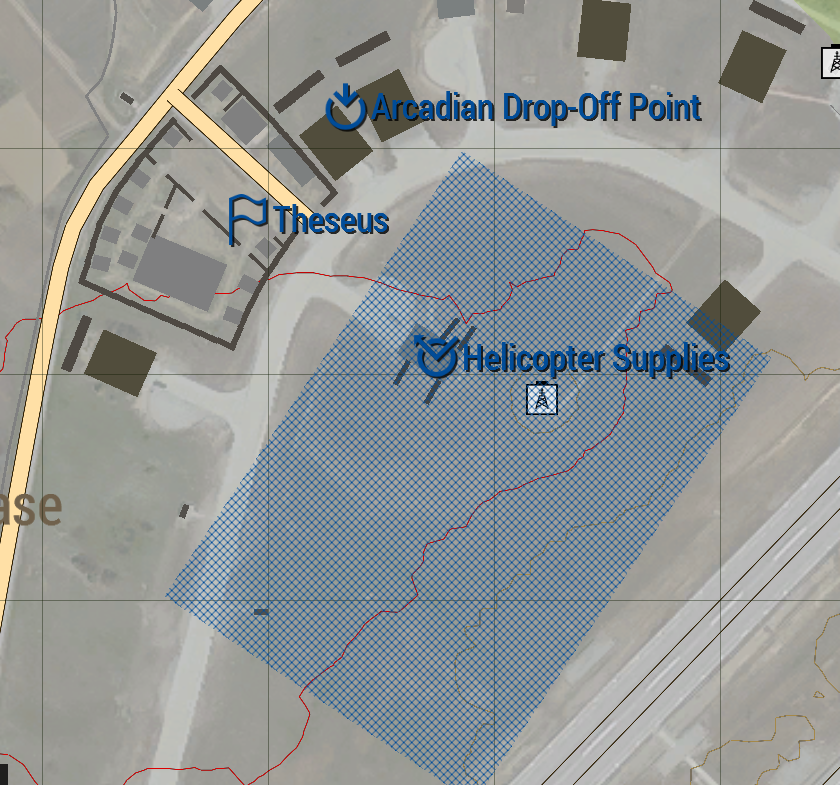 Theseus teams embarked on a rapid reconnaissance and assault of local Altis gang positions using three little bird helicopters.
Four sites of six were identified with high altitude aerial reconnaissance and airmobile infantry were directed to assault each site, with all four unarmed arcadians recovered. Due to C3 issues caused by terrain interference and radio malfunction, coordination between air and ground teams were greatly hampered after the assault on the second objective, but contractors in charge were able to manually pass orders to infantry teams and helicopters to assault the final two points. Unfortunately due to the aforementioned C3 issues, Seven Rings were able to successfully extract from Pyrgos while Theseus teams were still attempting to reorganize. Consequently, we believe that they have gotten away will their stolen armed Arcadians.

2 contractors lost their lives on this mission.