The Garrido Cartel, headed by the infamous Don Hector Garrido, has been gaining a lot of traction recently in the region Fapovo. After a lengthy investigation which claimed several Fapovo DEA lives they successfully located a Cartel stronghold which they believe is the headquarters for their drug smuggling operation in the region. With the police lacking the resources and the country’s small military otherwise indisposed, the Fapovo prime minister has seen fit to hire Theseus to deal with this threat. 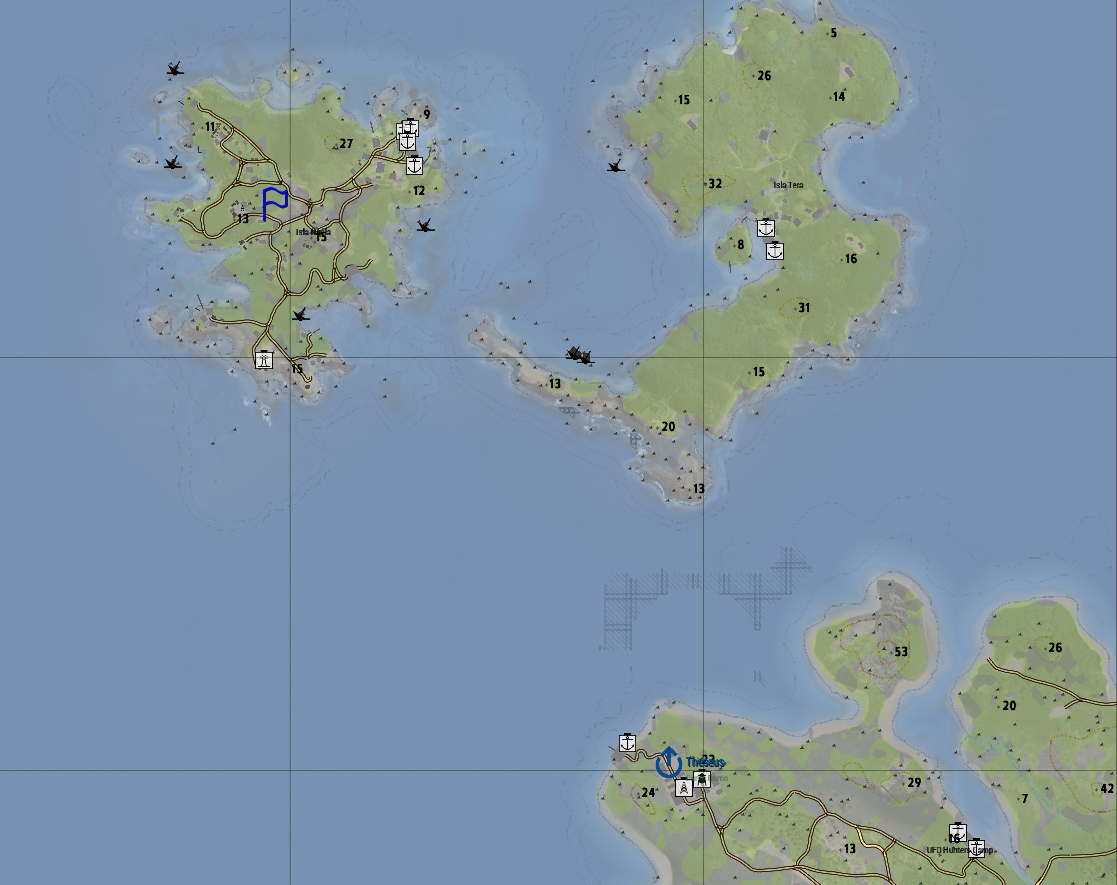 Fapovo’s DEA had been at odds with the local Garrido Cartel for some time. After taking a heavy amount of casualties in a recent sting operation, Theseus was hired to clear out the cartel’s base of operations on Isla Noela.

Theseus’s boats landed on the northwest side of the island, with contractors immediately encountering moderate enemy contact. Ares 1 moved through the fire and eliminated the enemy contact, with Ares 2 and Actual providing supporting fire. Afterwards both Ares teams linked up with the Actual element, clearing the central and southern areas of all enemy contact. Ares teams then proceeded to clear the northeastern (and final) section of the island, as well as its port, securing 8 captives and acquiring a UH-1Y Transport Helicopter. After loading up the captives in the transport, fireteam Ares 1-2 crewed the helicopter and RTB. The remaining Theseus elements made their way back to their boats and RTB soon afterward. All vehicle assets were successfully recovered, and remaining contractors were returned safely.

1 Contractor was killed in action.