Renowned expert of biological weapons Herman Dantés was kidnapped while on holiday inside Duala, due to the nature of his work and the knowledge he possesses NATO has contracted Theseus to locate and rescue him no matter the cost.

NATO cannot intervene inside Duala due to CSAT influence across the region, And the knowledge of Dantés being present on the island has the potential to spark an international incident.

The people responsible for kidnapping him are not aware of who he is yet and have tried to sell him to another group based out of Germany, The group had intended to fly into Duala to retrieve him upon payment being received. However the Bundeswehr managed to capture the group inside the airport and keep it secret.

Theseus will be deployed and can pose as the group to gain entry to the and eyes on Dantés. Although since no payment will be received things could go wrong fast. Once you gain entry to the base locate Herman and immediately get him to safety.

The helicopter provided will need to stay away from the Island while Theseus is not under suspicion but once Herman has been secured all bets are off. 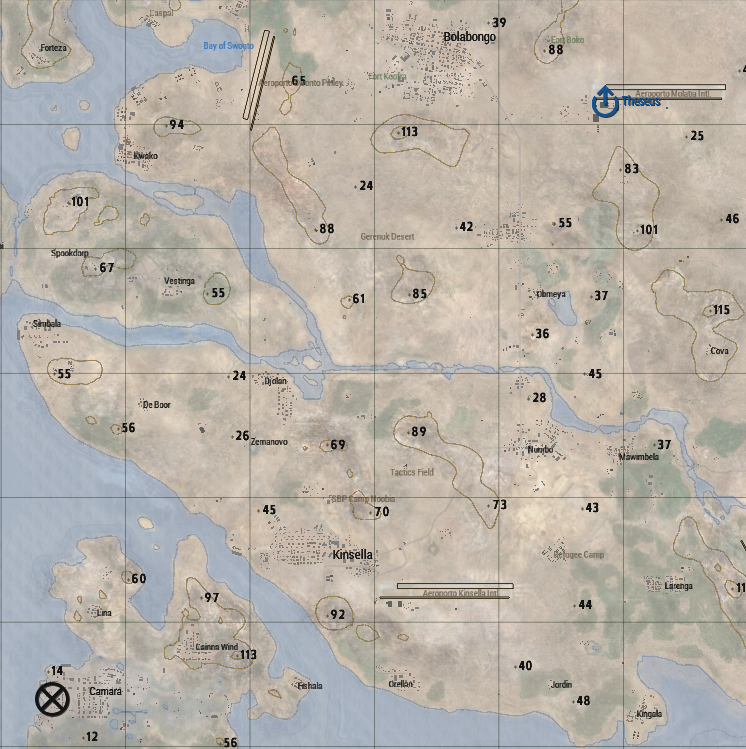 After Theseus successfully infiltrated the Militia base, Herman Dantes was rescued and evacuated via Helios.

After a brief firefight around the militia base one contractor was killed and Theseus left the island to return to base.

One Contractor was killed in action.