Theseus has been contracted by the CIA to exfil one of its senior operatives, David Smith. Smith was looking into claims of an "inhumane" prison facility recently built by the AAF in secret and ran by one of the more ruthless AAF commanders, Charlie Kyriakou. Whilst on a reconnaissance mission nearby the facility in question Smith was captured and locked away in the facility, his last transmission were co-ordinates to the facility and the safe route in.

From the intel that was passed on the AAF built the facility to become a military stronghold with plans for major expansion and began using it as a makeshift POW camp forcing the workers into manual labor or sending them away for medical experiments. The description of the facility itself suggests only one entrance which is heavily guarded and several minefields located around the sides to prevent escapes. Due to it's incomplete nature there aren't many standard security measures in place yet.

A large road which marks a safe path to the front gate has been recently paved and looks to be the only option of entry. 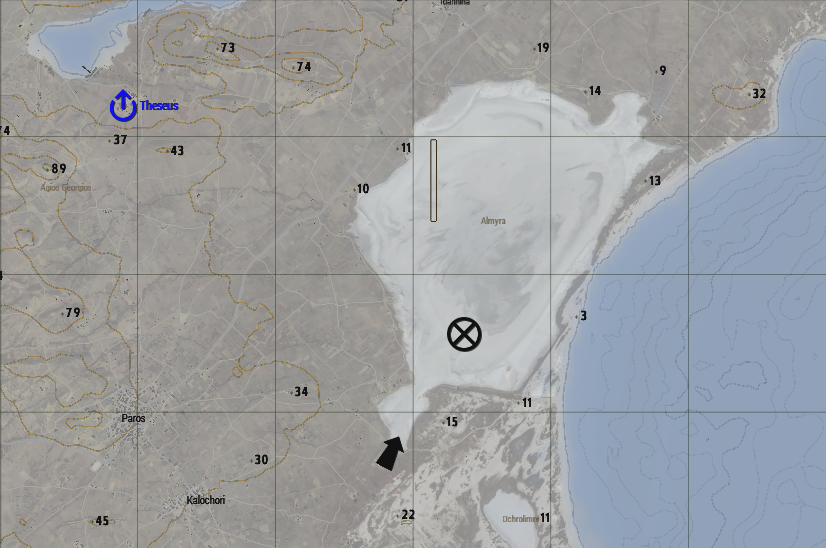 Theseus tasked with VIP Rescue inside an AAF POW Camp. We began our initial assault using shock tactics via an Eagle IV and proceeded to breach and clear multiple sections of the prison.

Ares 1 began searching barracks buildings while Ares 2 eliminated the base commander. They also recovered vital intelligence leading to our rescue of David Smith. Shortly after we exfiltrated from the prison and returned to base.

Two Contractors were killed in action during the mission.