The criminal organization known as The Syndikat, has in the recent months expanded their operations into Altis. Initially, the Altis government resisted the group, and the local police fought back.
After a violent attack on a group of civilians, the Syndikat made a statement that more attacks could follow.

Not wanting to cause more harm to the population, the Altis government backed down for the time being, however they continued to secretly investigate the criminal group, hoping they could find a chance to strike.
Recently, an intelligence team discovered an important drug lab used by the Syndikat, inside an old construction building purchased by off-shore companies, likely linked to the Syndikat.

To prevent the possibility of the Syndikat attacking more civilians, the Altis government has hired Theseus to move in against the group, to make it look like an unaffiliated force is opposing them rather than the government.

Theseus has been tasked with assaulting the drug lab, and securing any valuable intel that may further assist in dealing with the Syndikats drug operations. We've also been asked to destroy any equipment that we do not bring with us, to prevent the Syndikat group from recovering anything after we're done. 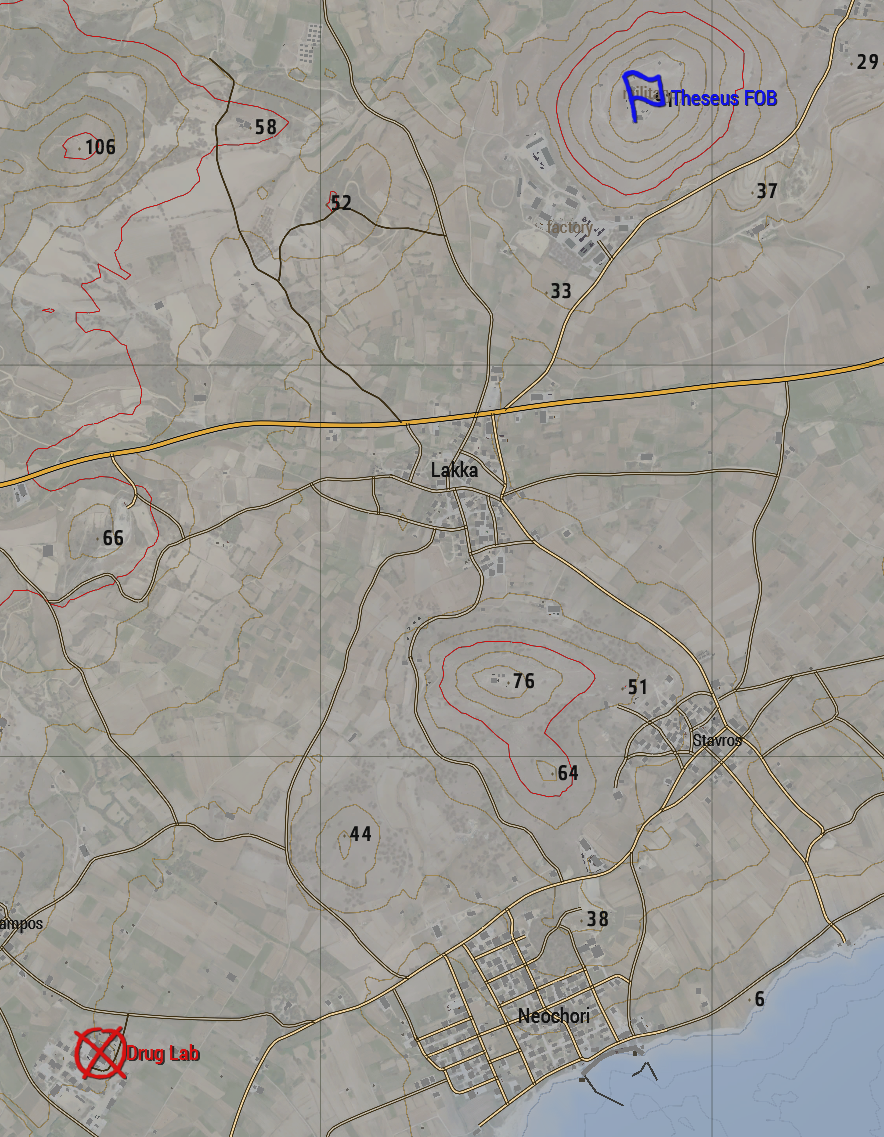 Altis intelligence has provided the following image of the construction building that the Syndikat uses as their drug lab: 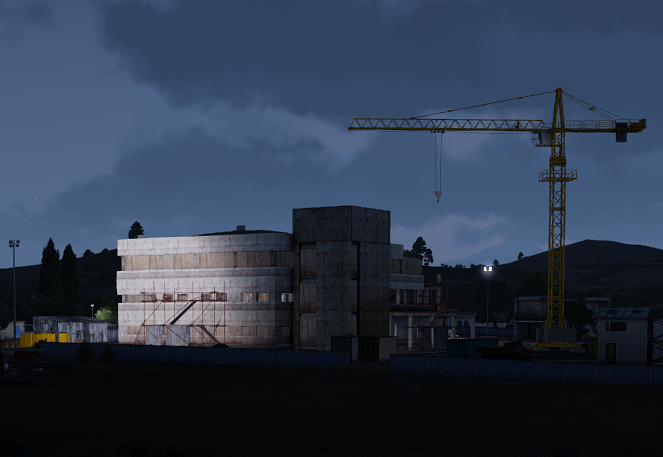 According to our intel, the Syndikat at the site are equipped with AK-47's and AKS-74U's, and are lightly armored.
That said, it is also believed that the Syndikat has a heavier equipped paramilitary force, that may possibly respond to attacks against their facilities, however this cannot be confirmed at the moment.

We also have reason to believe that there's innocent hostages working at the drug lab against their will. Any unarmed personnel are to be detained and brought back to a storage facility next to our FOB for questioning.

Theseus was tasked with assaulting a drug lab owned by a criminal organization known as the Syndikat. After our initial engagement, we got held up at the drug lab dealing with wounded personnel, as well as defending ourselves from a counter-attack by the Syndikat's paramilitary group. At the same time, part of Ares 2 also cleared the rest of the drug lab, and secured all the intel they could find, before rigging explosives.

Theseus exfiltrated from the compound with the secured intel, and detonated the explosives. On the way home, we stopped for a few minutes to ensure we weren't being followed my remaining Syndikat units.

While we suffered some injuries, Theseus suffered no fatal injuries during the mission.