5 Years ago, Vrana Industries purchased all the assets of the Zargabad Oil Co. in Zargabad, Takistan. Since that time they have aggressively expanded their holdings in Takistan and today are the largest oil company in the region with Tanoa Oil coming in a very distant second.

Unfortunately this put them directly in the cross hairs of the Takistan cell of the Ansar al-Sharia militia group. The group has made direct threats against the oil company which until now have been primarily ignored.

This week US, British, and Israeli intelligence have agreed that a major attack on the Zargabad facility has moved from the planning stage to full execution. Vrana, having ignored the earlier warnings, is now faced with inadequate resources in place to protect their Zargabad facility. On the recommendation of the CIA, Theseus has been given the contract to protect the Refinery and possibly the storage/housing facility if required. 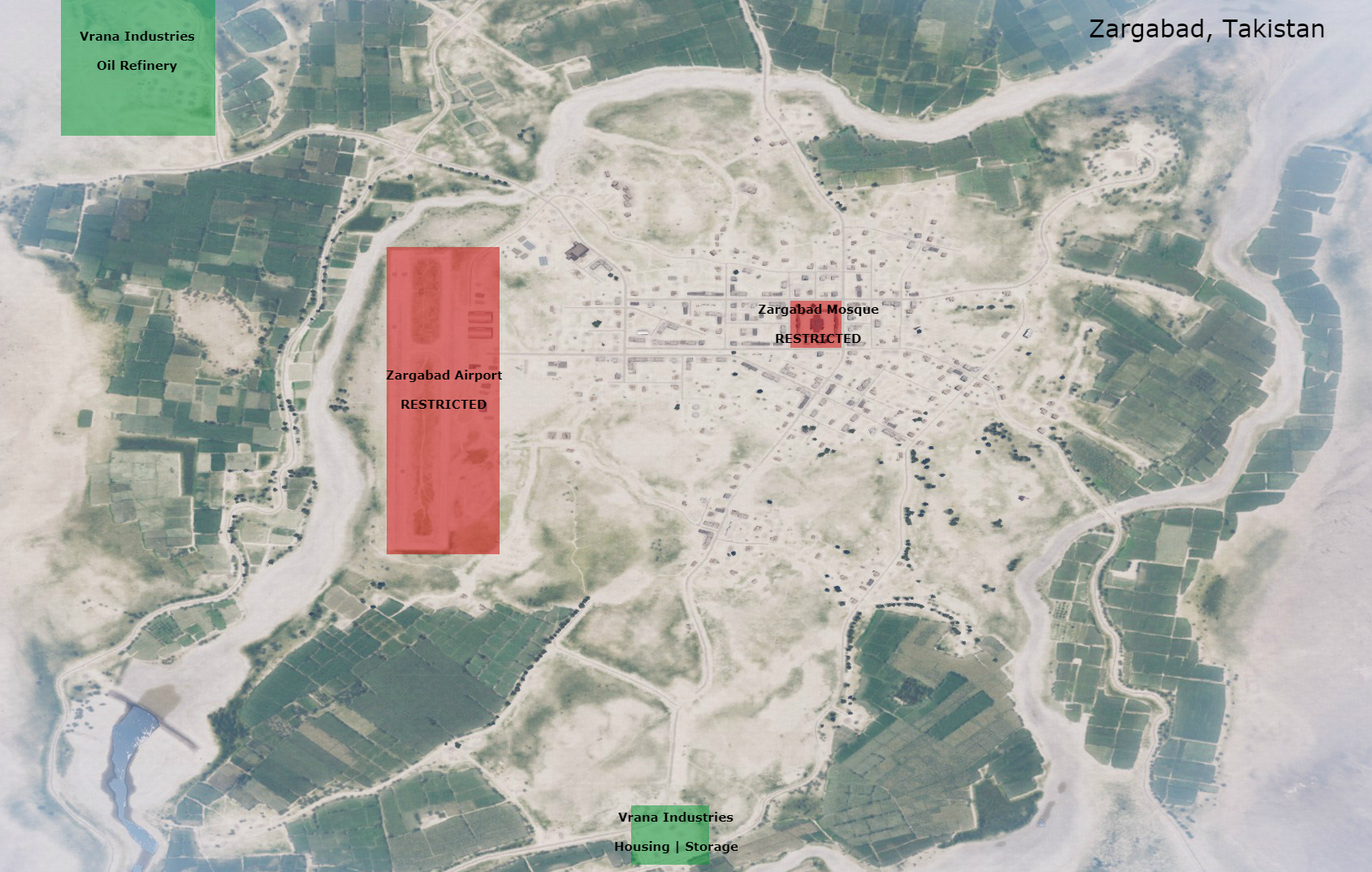 All main roads are clear of IED's and at the time of this briefing, there have been no IED incidents reported in the last 4 weeks.

The two red highlighted areas on the AO are the Zargabad airport and the Zargabad mosque. Those are restricted areas and no entry/crossing is permitted. Takistan Army has been cleared to fire on any non-national entering those areas.

Vrana Industries has performed the following at the refinery in anticipation of the attack: 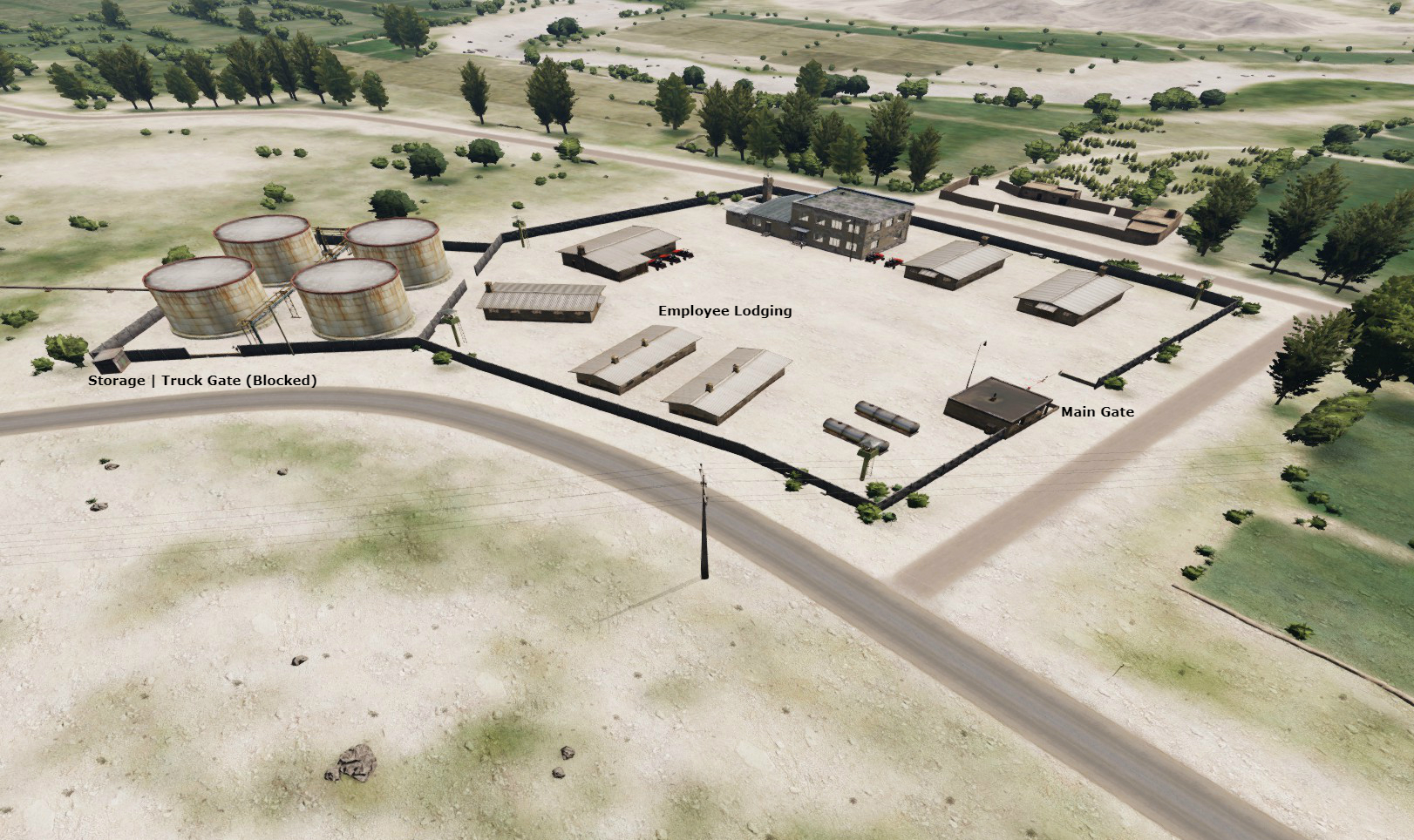 Vrana Industries has performed the following at the Storage | Housing facility in anticipation of the attack:

Theseus successfully defended the Refinery against heavy militia attacks and subsequently moved to the Storage facility to secure the site from the militia who had overrun the guards there.

Theseus was able to disarm the explosives the militia had placed at the Storage facility. Overall Vrana is pleased with Theseus' capabilities in safeguarding both facilities from catastrophic damage.

2 Contractors were reported as KIA.