As the last to arrive in Takistan, Tyrone Woods was abducted on his way to Theseus base. Our local intelligence source has provided an estimated location for him which is in Imarat. We're not entirely sure as to the circumstances of his capture, But we do expect that they will execute him within the hour.

Our original contract was to locate and destroy an weapons cache stolen from an NATO base before the contents hit the black market. With NATO withdrawing from Takistan they do not have the manpower nor resources necessary to deal with this themselves. It is our understanding that Vanguard PMC are the current people who have control over this cache, it's also safe to assume that they are the ones who pose the threat of selling the contents on the black market too.

Once Tyrone has been located dead or alive it's possible we could find some intel with or around the Vanguard personnel currently holding him. We know from local intelligence that Imarat still has its civilian populace and it's uncertain how they're going to react to their home becoming a warzone.

The northern side of Takistan has also been the majority focus of the NATO EOD teams, It's expected to be at least 90% clear of mines, IEDs and other forms of explosives. All major roadways and towns have been swept and cleared. 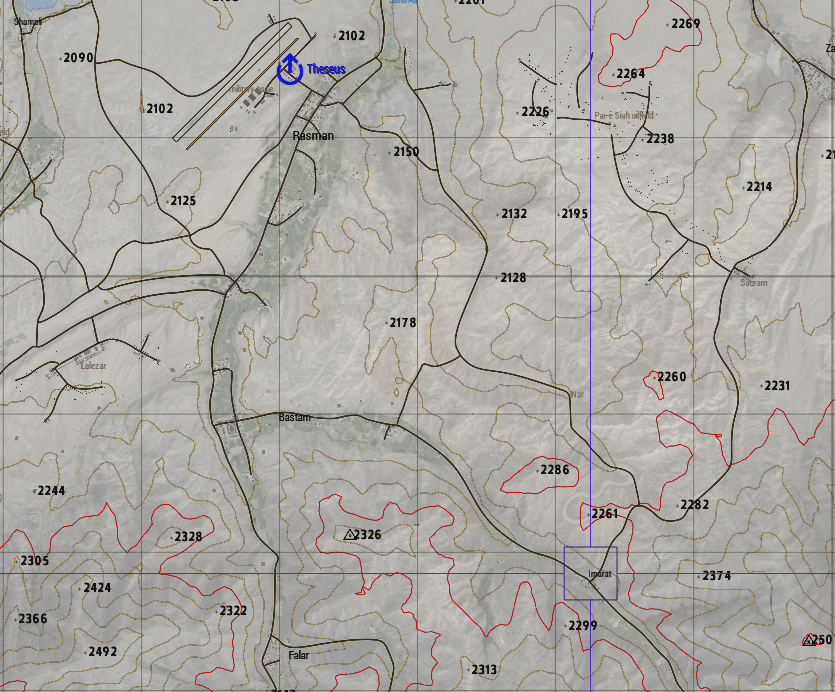 Theseus moving to rescue a captured member in the town of Imarat, Locating him inside of a building with valuable intel relating to our original contract.

After securing our contractor we moved on to the town of Garmsar. Locating a weapons cache guarded by Vanguard PMC, with Ares 2 on overwatch and Ares 1 assaulting the objective. Once the cache had been secured Ares 1 placed explosives and slipped out into the night detonating them along the way.

In total two contractors were lost during the mission.