Vrana Racing Division on a routine trip to the track was attacked this morning while passing through Los Peligron. Shortly after the attack the DCS took credit and started demanding payment, The demands were extremely over the top and unrealistic. Due to this the Governor of Dingor recommended us to Vrana as we have had dealings with the DCS before.

After our last encounter with the DCS it's unlikely that they have the same kind of strength as before nor will they use the same tactics. Intelligence recieved from the Governor suggested that the DCS were almost finished due to the losses sustained against us, it is unknown as to who is leading them now but they seem more organised than before.

Our last encounter saw the DCS use overwhelming numbers as a primary tactic, they don't use plate carriers and carry a variety of cheap weapons such as, PP-19, AK-74 & RPKs. They did have RPGs last time so it's safe to expect that again. After our prior encounter they simply don't have the numbers remaining to use the same tactic so DCS reinforcements seem unlikely. 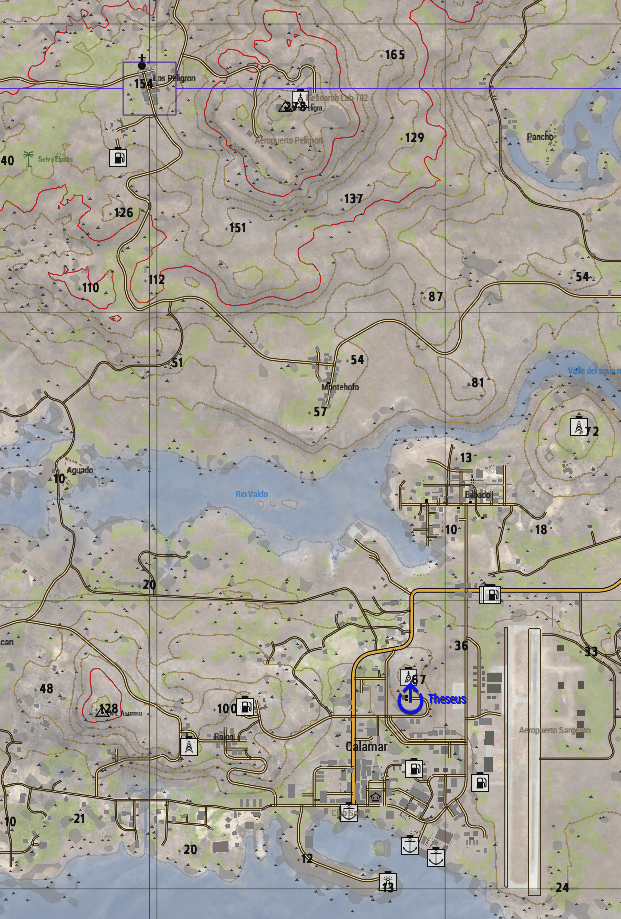 Theseus moved to the town of Los Peligron with one team on overwatch and one team on assault. After the initial firefight the DCS were immediately backed up by Vanguard PMC reinforcements.

The assault was stopped in its tracks by the new element entering the fight, Ares 2 being suppressed by accurate GL fire from inside the town. Eventually overcoming the Vanguard threat Ares 1 began the assault on the town discovering that all 5 of the security team were dead, and discovering that the driver was also dead.

In total three contractors were lost during the mission.