NATO are back at it again with their priest spy division but the government of Everon found out about a similar operation NATO conducted in Malden and have started to arrest all holy men in their territory for fears of spies. They were right there are 6 spies in Everon under the guise of the priesthood and all have gone dark not reporting in for several weeks.

Everon have recently released footage of four of the spies caught by both the Everon Military and Everon Militia. They are threatening to execute them and all other priest they find in one week if no response from NATO about the Malden incident is released.

Everon has been under military rule for some time now and has a heavy military presence on their island with both their own military and armed militia acting on their behalf expect armed personal to come from any road.

This time NATO have supplied us with some help because of the success of our last rescue. We have access to several Air and Sea assets and 1000 litres of extra aviation fuel. 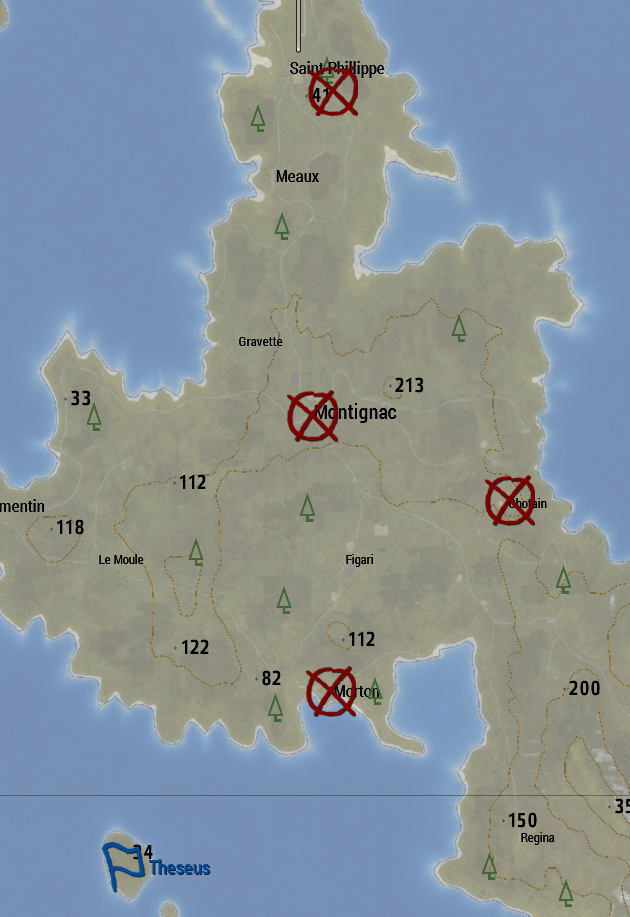 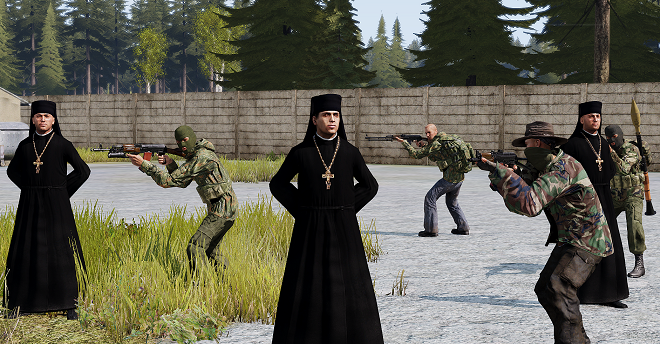 Theseus started the operation by inserting on the southern part of the island, hitting the first village, Morton.
Here, we rescued one hostage, who were brought back to the base. We then continued to the next village, Chotain, where we recovered another hostage whom were rescued.
Theseus then split their teams, with Ares 1 being inserted on the western side of Montignac by Helios, while Ares 2 and Ares Actual moved on the ground towards the eastern side.
Theseus set up an attack here, assaulting the town and eliminating the mobile ZU-23 AA vehicle, and recovering another hostage.
For the final objective Theseus once again split up, with Ares 1 being inserted at the very northern end of the island, while Ares 2 and Actual moved from Montignac and north towards the military base.
Both teams attacked the base at once, and eliminated targets outside the compound before moving into the compound and securing it. Here we recovered the remaining 3 hostages, at which point Helios was called in for extraction.

Two contractors were KIA during the mission.