Rumbling In The Jungle

Living in the jungle comes with many hardships. People go missings and disease runs rampant.

Theseus are to deliver humanitarian supplies to the target villages in Ziwasogo and Isolated UN Base. A small U.N team will be present at each village delivery location. 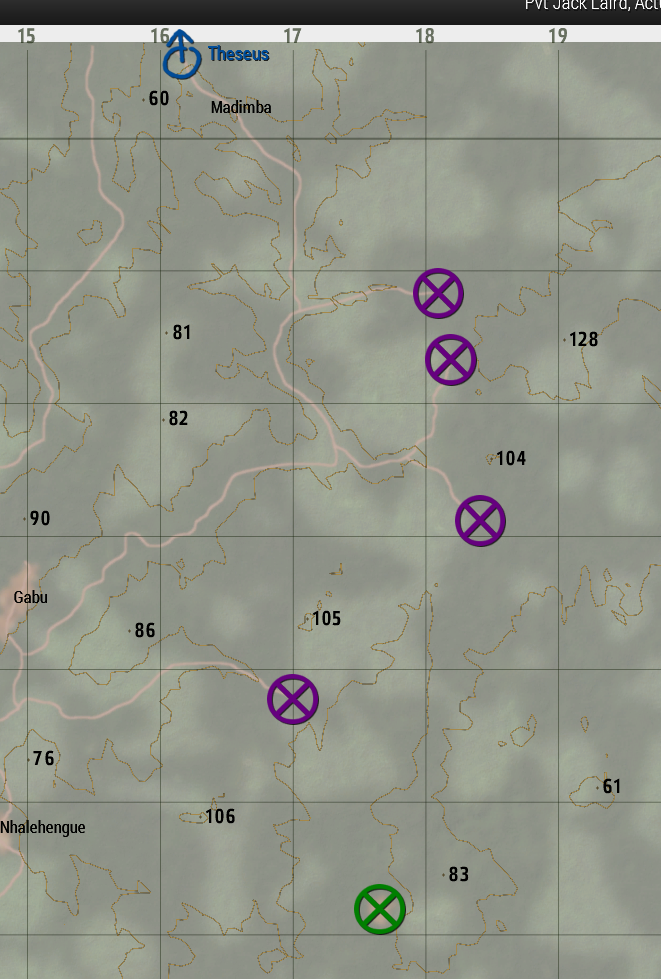 Theseus forces entered into N'Ziwasogo from the north, passing through the village of Madimba in a convoy to deliver the requested pallets of humanitarian aid supplies to the marked hamlets in the region. After delivering most of the supplies, Theseus forces were ambushed on the road by local guerilla forces and suffered some injuries from mines places along the road. Once Theseus forces delivered humanitarian aid to the last marked hamlet, they were alerted by UN Peacekeeping Forces that the local FOB was under attack and moved to support. Theseus forces suffered some casualties when moving into the FOB to support the UN forces, but managed to eliminate the nearby enemy mortar emplacements and quell all enemy contacts. After leaving the transport with the remaining supplies in the UN FOB, Theseus forces returned to their insertion point north of Madimba for extraction.

4 Contractors were killed in action