The civil war between the GAL (Government Army of Lingor) and the ARL (Armadas Revolucionarias de Lingor) is in the final stages with the GAL pushing the ARL deeper and deeper into the southern areas of the country. The conflict could be over in a matter of weeks.

Unfortunately for the GAL, the ARL have managed to shoot down a US Army UH-60 Black Hawk carrying a military advisor and a US Army Ranger escort. At this time, details are sketchy but the helo is believed to have gone down in the town of Drassen (009 | 018) in the deep SW of Lingor.

Lt. Miller leading the US Army Ranger escort was able to radio that all had survived the crash; the pilot and crewman were scuttling the helo; and the Ranger element with the Advisor in tow were under insurgent fire but pushing South West to find a defensible position near the coast. No further communications have been received.

The US Army has kept a low profile during the conflict in an attempt to stay off the international radar as it were. Theseus has been contracted by the US Army to go in and extract the Advisor, Flight Crew, and Ranger element to Theseus' staging area for transfer to a US facility elsewhere on Lingor.

In the event US Personnel are found KIA or are KIA during the extraction, every effort should be made to retrieve their bodies.

GAL has confirmed that insurgents are in the immediate area and a larger force is likely en-route to the crash site. Capturing US personnel would be a big coup for the ARL.

Civilians are in the AO and as non-combatants they are to be considered non-hostile and not to be engaged. 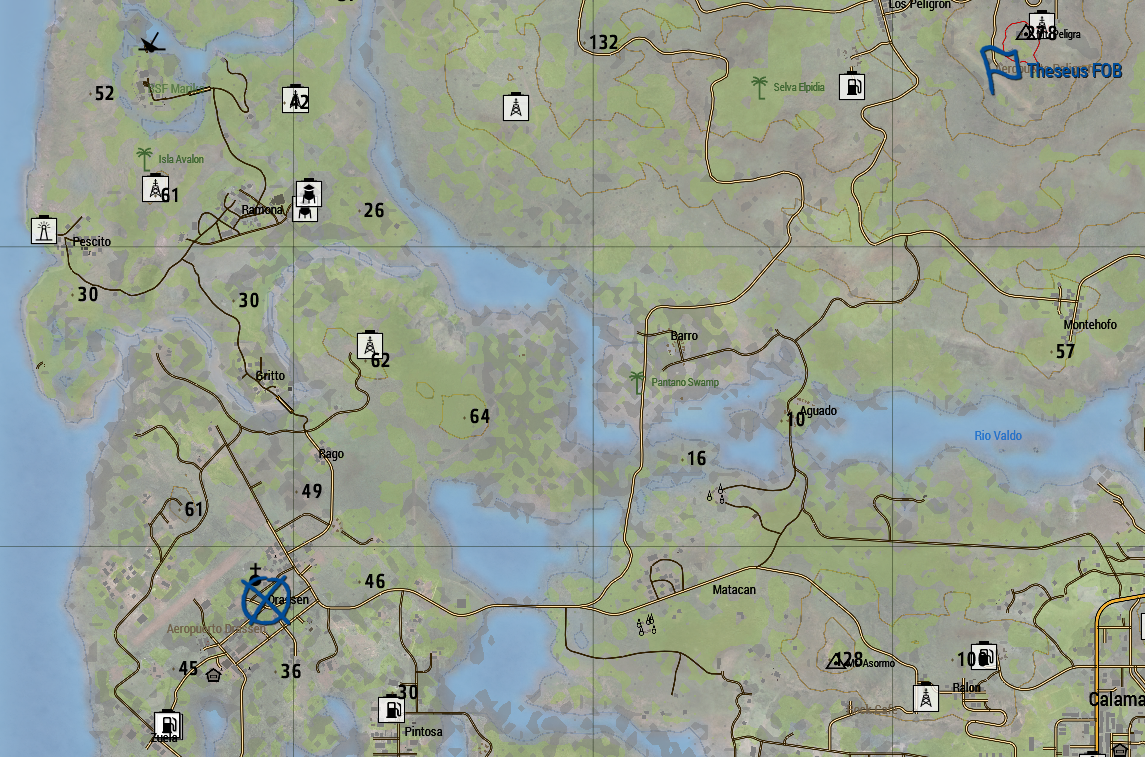 Theseus moved into Lingor to retreive US military personnal.

After pushing into the town of Drassen, The contractors were able to regroup with the surviving US personnal in the friendly stronghold and transport them to safety.