To Catch an American

During the successful clearing out of the scattered remnants of soldiers left from the assault on the chapel, Theseus was able to acquire intel leading them to the location of the Cell Leader operating here on the island.

Further digging revealed, that this cell leader is an American turned traitor for unknown reasons.

For interrogation and justice for the peoples of Tembelan, Theseus is to capture the American Cell Leader alive. Among this we have been fed with more intel from some locals reporting a patrolling heavily armed convoy carrying the Field General, Kadood. He is the one issuing commands to his forces leading to the killing of select locals and of course the attack on the chapel. The peoples of Tembelan want to see him dead.

Theseus is to find and capture the American Seven Rings Cell leader, Jimbo, and bring him to the Tembelans for justice. Among this, Theseus is to locate the General Kadood, currently last seen on active patrol in the area in a heavy convoy stopping in towns to harass locals. The General can be identified by his red beret and a honey badger insignia on his uniform. 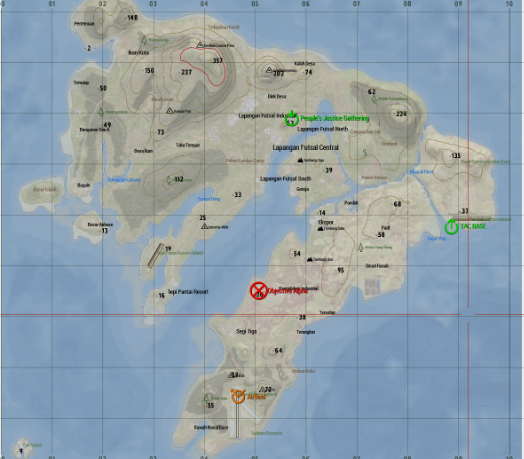 Ares teams were successful in both objectives and successfully delivered Jimbo to the Justice for Tembelan group.

4 Contractors were killed in action.