Tension is high around the disputed Slovakian-Czech border. After almost 2 decades of relative quiet since the dissolution of Czechoslovakia, the Slovak Government decided to reclaim the region of Bystrica and sent the Military to take it by force. In recent days the Slovak and Czech armies clashed leaving dozens dead from both sides, including civilians. Since both countries are members of NATO - the NAC decided not to intervene, but only monitor the situation. Despite this decision, Theseus was contracted by the U.S. DoD independently in order to clean-up. Russian lives have been lost during the hijacking of 2 Russian military technology engineers. This means revenge is to be expected. The U.S. has tightened security to all high level officials abroad and continued Theseus contract.

Escort Russian engineers to buildings at (030|041) and meet-up with an undercover US agent. Then defend the agent while he interrogates the engineers. 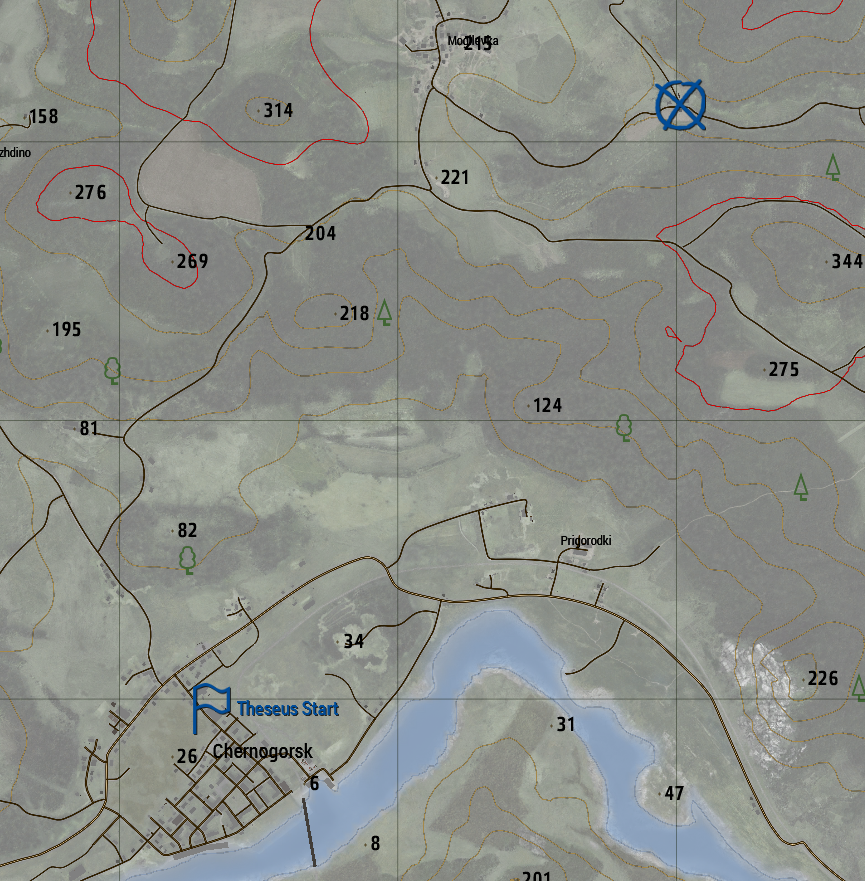 Upon arriving at the objective, Theseus linked up with the US agent who began an interrogation while defences were being set up.

Theseus then repelled both Slovak and Russian infantry attacks and held the area until interrogations were completed. Theseus then exfilled to the end.

6 Contractors were killed in action.