Bozcaada has been a quiet country for many years garrisoned by a small United Nations force who use Bozcaada as training grounds. However the ongoing hostility of the Seven Rings has also reached Bozcaada and with an unknown sized force have managed to seize and occupy the UN Base.

Initial reports of this attack came from a small NATO Special Force team who were also on the island for training which upon reaching the base were engaged by the Seven Rings forces. The report from the NATO team was they had managed to rescue some UN soldiers and were breaking contact with the enemy to regroup at a 087|113 . Last contact with the NATO team was broken from an apparently damaged radio. They were setting up defensive positions and want Theseus to rendezvous with them without alerting nearby Seven Ring forces suggesting that any Air support should remain at base until the fighting begins.

UN request that Theseus Clear the UN base of any Seven Ring combatants rescuing any captured UN members. 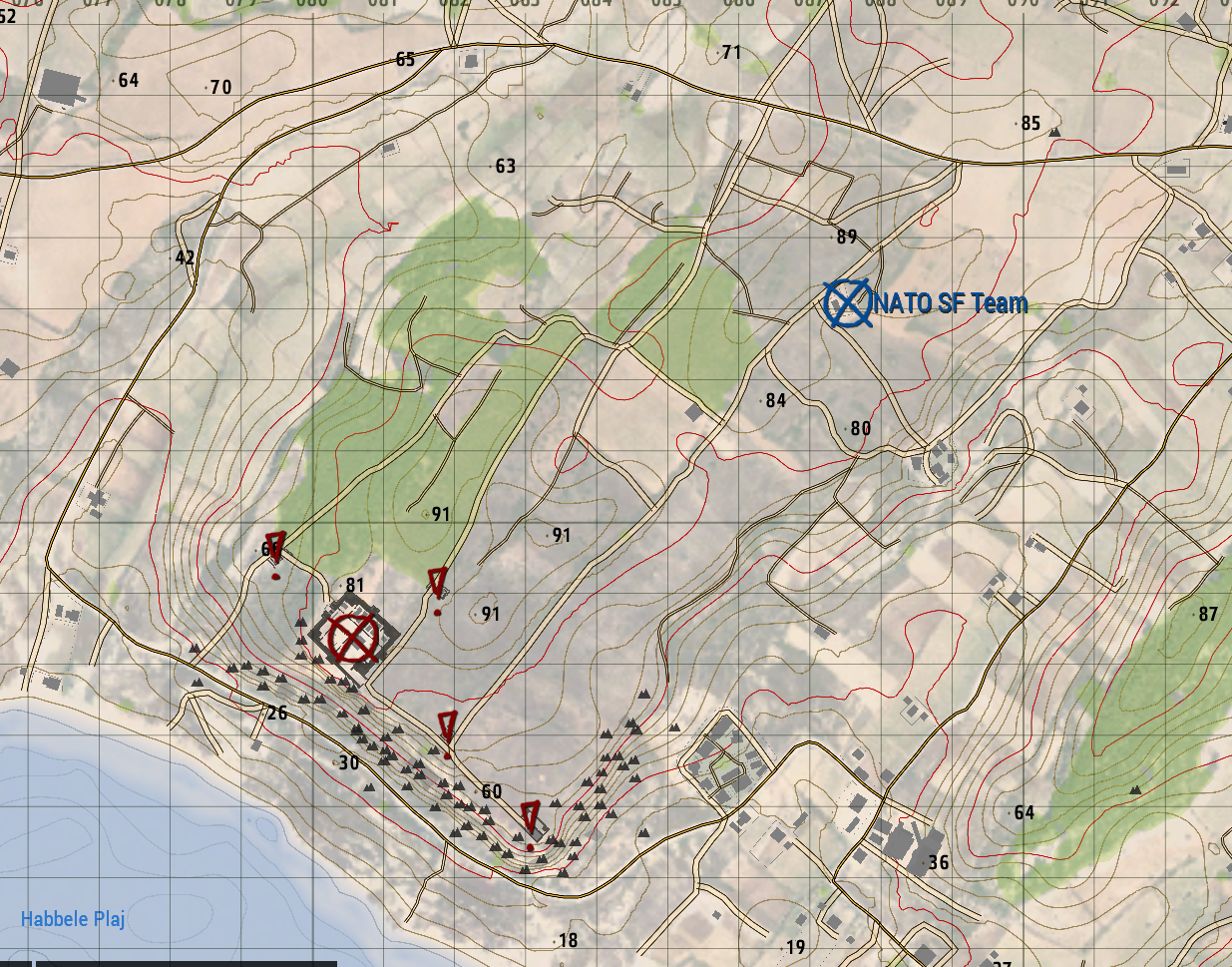 Theseus deployed into Bozcaada to reclaim a UN Base and clear out the 4 surrounding outposts.

Theseus made initial contact with a NATO SF team who provided useful intelligence to clear the base out.

During a two-pronged attack Ares teams successfully breached and cleared the UN Base.