Theseus has been tasked with the extraction of Seven Rings Commander Abeed Rasman.

After Theseus had brought him to the SOUTHERN airfield a miscommunication with the Theseus pilot ended with him landing at the northern airfield.

The Takistan Army has provided a route North following roads which have recently been cleared of mines. With the entire region in turmoil it is the safest bet. 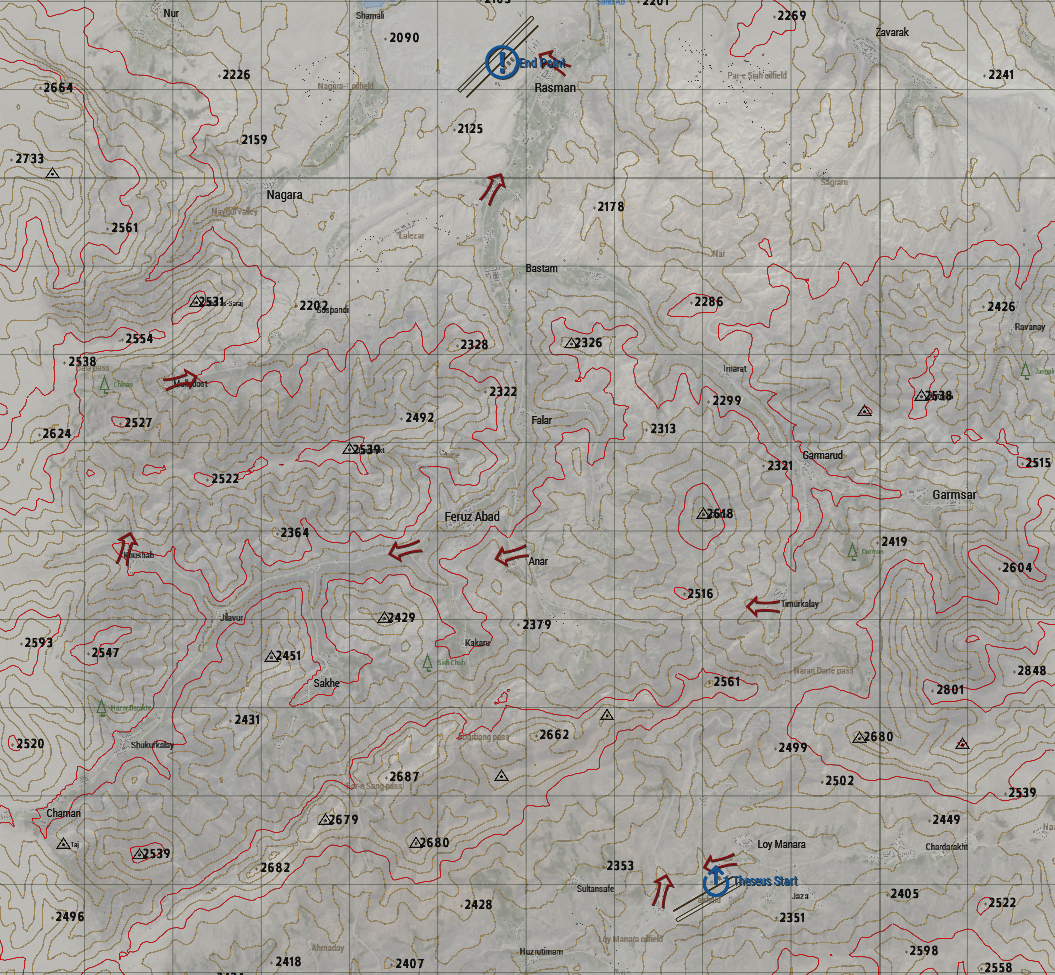 Each ambush location was cleared successfully.

4 Contractors were killed in action.