A known black market crime syndicate has stolen arms and ammunition alongside a few offroads from a Livoninan Defense Force's small cache outpost. They have since overrun Radacz and have reinforced the town. Many of the civilians were able to escape, however, some stragglers were caught and are being held hostage. The LDF, currently being engaged against NATO, is unable to respond and has contacted the local Law Enforcement in the surrounding areas to eliminate the syndicate boss, rescue all hostages, locate any intel found, and recover the stolen LDF assets. The LDF also notes that among the stolen cache are explosives such as claymores and notes to be on alert.

Law Enforcement is to head directly to Radacz to eliminate the syndicate, rescue the hostages, pickup any intel, and recover the stolen assets. 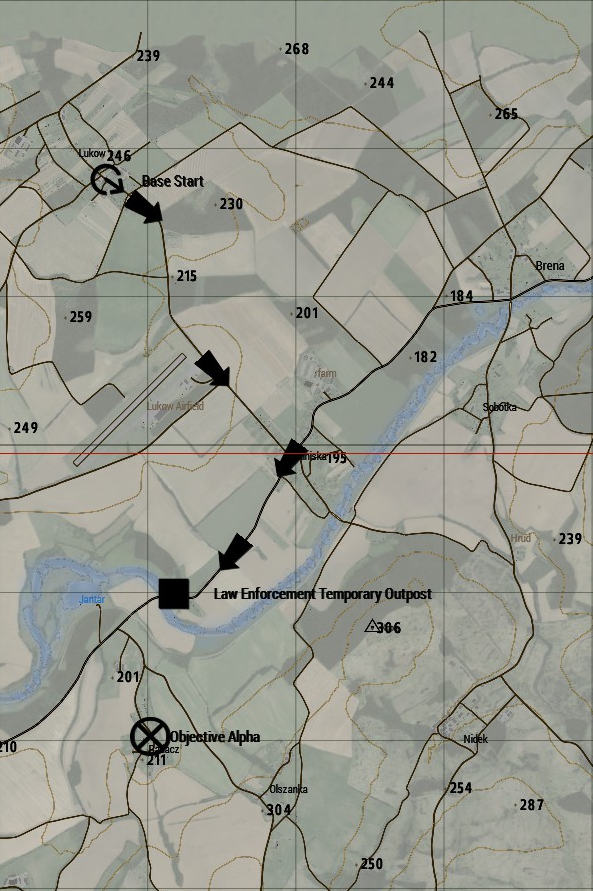