After taking too long to rescue Tyrone in Takistan, the forces that held him moved him away during the fight. The NATO SF team followed the forces as they moved out of Takistan and watched as he was delivered to the Mosque in central Zargabad.

On approach the helicopter was hit by AA fire and sustained serious damage, JJ managed to autorotate it down onto the airfield but the helicopter is essentially destroyed.

Theseus reinforcements and additional transport out of Zargabad arrives in 3 hours, AA emplacements must be destroyed by this point and Tyrone must be saved. 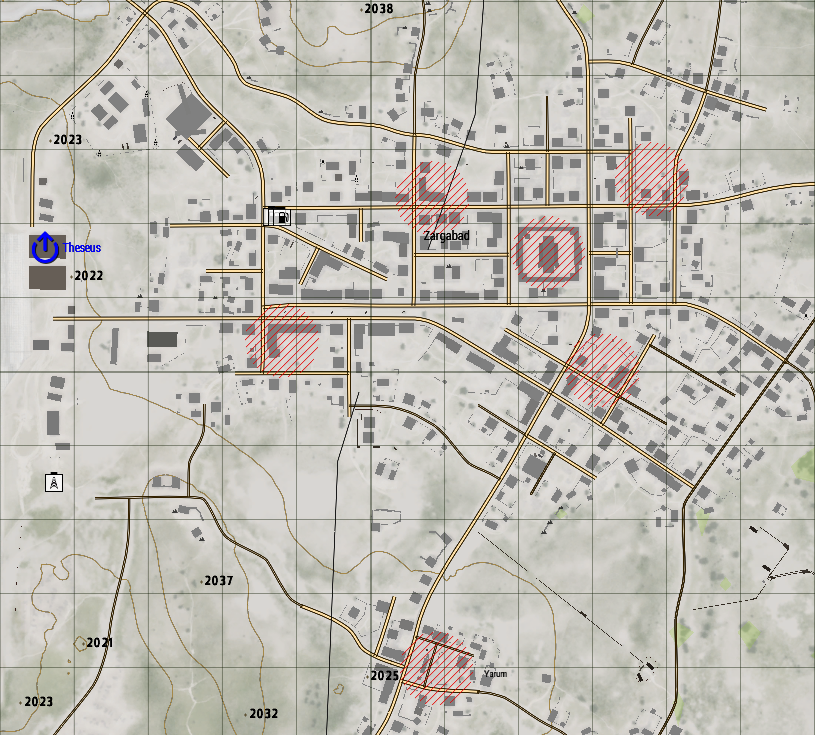 Theseus set out from the Airfield to locate Tyrone and destroy 5 AA emplacements, after the destruction of 3 and successfully rescuing Tyrone from the mosque Theseus retreated back to the hangar due to unsustainable casualties.