Tyrone and his 4 man security team entered Takistan to negotiate a contract. En route to the negotiation his vehicle was hit and is now missing. One of the security team was found by the Takistani Army and declared KIA at the attack site.

In the past 24 hours no group has claimed responsibility nor has any demand been made. However the Takistani Army is willing to aid us in our search if we complete our originally proposed contract to eliminate a new Taliban Group setting up inside various locations around Takistan.

NATO has a 4 man reconnaissance team already in country to investigate the movements of the new Taliban group. They have provided us with 9 locations and a warning that all is not as it appears, the attack site did not have 7.62x39mm or 5.45x39mm casings but 6.5x39mm, 5.8x42mm and 5.56x45mm.

To prevent any incidents NATO has tasked the recon team with trying to locate Tyrone while we uphold our side of the deal and search the locations we know of.

NATO SF has narrowed down the areas which the Taliban operate in and as such you only need to search inside of those.

3x Ares Teams will take 3 areas each. Assault planning on each camp is directly up to team lead. Helios will be transporting you to and from objectives.

If you require help Helios can transport one of the other teams to your location for assistance if available. 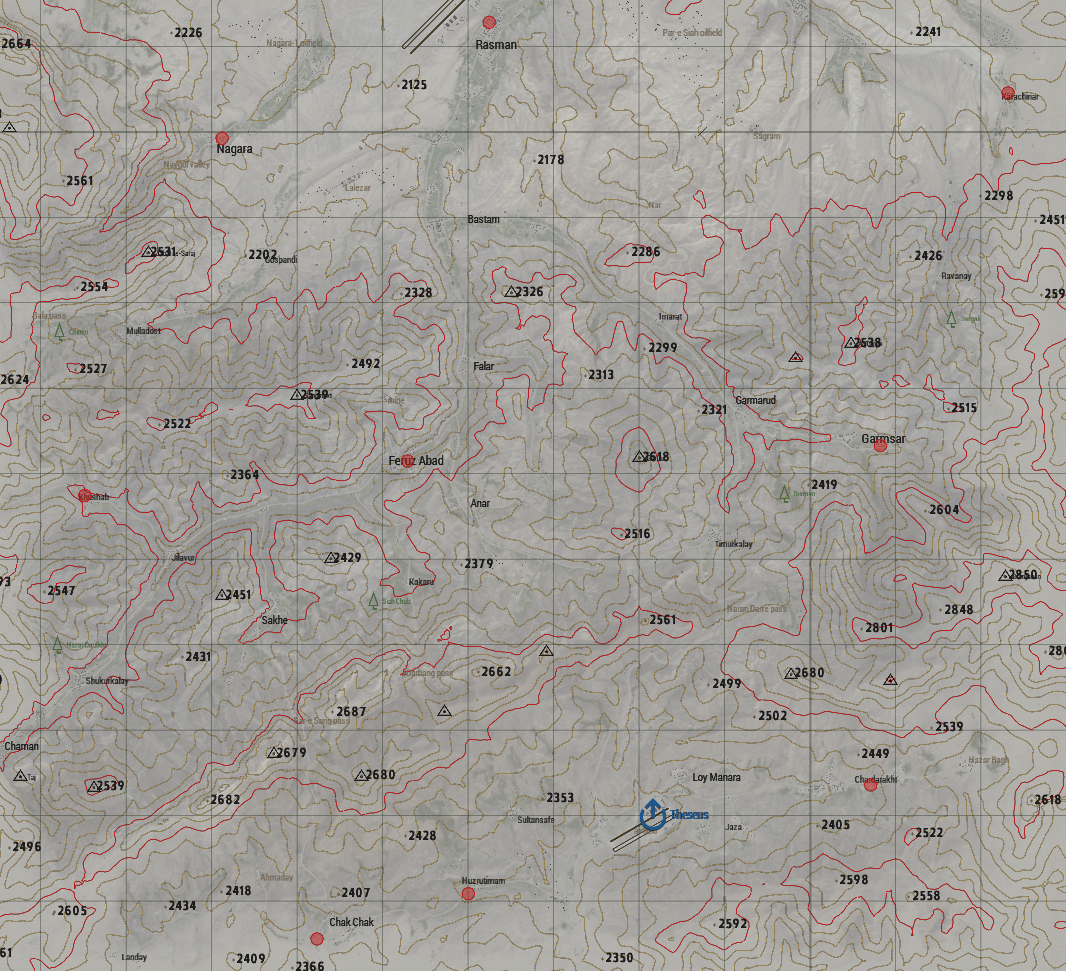 Theseus Deployed onto Takistan to locate Tyrone, after clearing all 9 objectives originally given. Old and inaccurate information was given regarding his location.

Tyrone was moved before any Theseus team could arrive.

3 Contractors were killed in action.