It is unknown at this time as to the composition of the convoy but it is expected to be large, containing most of the FIA forces stationed south of Theseus HQ

This is an opportunity to deliver a serious blow to the FIA forces on Altis as they are unaware the intel is in our hands. NATO SF operators have posted themselves along key waypoints to keep us informed of their progress.

Due to the restrictions the Government is imposing on us for this, it seems our prime opportunity is between Waypoints 3-5, with Dorida being abandoned it too is a wise choice for the ambush. 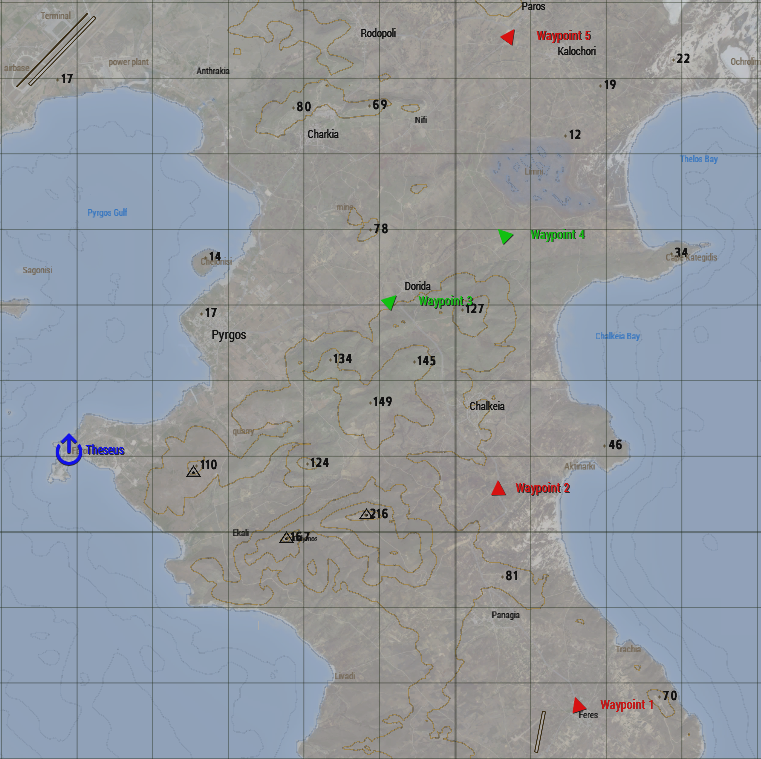 Theseus deployed into Dorida and successfully ambushed the convoy, Only one enemy vehicle managed to slip through and proceed to the North-East.

After the ambush was completed we returned to base to rearm and proceeded out to Feres to hunt down any FIA remnants and located an enemy commander.

No contractors were killed in action.