A band of former AAF soldiers recently formed the GLF, intent of combating the threat the FIA are posing to the region. The current leader of the faction is unknown but they have been in contact with Government officials to organise a meeting with the intent on becoming a temporary official line of defence against the FIA.

The meeting place has been selected on the Western side of Altis, in the town of Agios Dionysios. The Mayor of Pyrgos has volunteered to attend this meeting as long as his conditions are met. We can collect him from his office.

The FIA has been quiet recently with minimal movements according to the NATO SF team, as such they have all moved out to try and locate new potential targets. 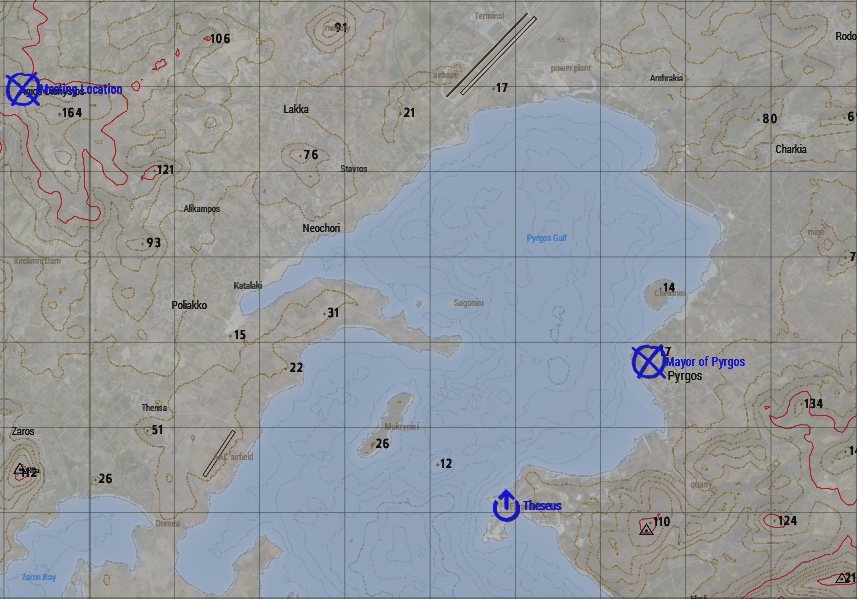 Theseus assigned with protecting a VIP successfully collected him from Pyrgos and escorted him to the rendezvous location. The meeting was ambushed and negotiations continued while Ares teams dealt with any aggressive forces in the area.

Eventually the FIA broke through defensive lines and the meeting was concluded, The VIP was returned to Pyrgos unharmed.

An additional force was sent out to recover the bodies of fallen contractors which met with heavy resistance, The operation was a success with no additional casualties.

Four Contractors were killed in action.