There has been ongoing civil unrest in the South Eastern Island of Panthera and one of the acts by the government was to pull out all military assets leaving only the local Police force on the island. This seem to reduce the unrest for a time, however, the unrest began again and local police were able to stop hostilities from escalating.

This brings us to present day, a government official was visiting the Island to give a political speech and was almost assassinated by a local armed with a M14, this would be assassin was quickly killed by the official’s security team while he was rushed off to the Rontus Hospital (025 017) to recover. Then the uprising started.

Civilians around the Island donned balaclava’s and firearms and started to fire into both the security team and police forces quickly taking over key areas on the island. It’s been less than three hours since this event and there are already bomb threats from these terrorists.

The terrorists have been open about what they are going to do to gloat and provoke the Panthera government. They have stated they are rigging explosives in three areas on the island; Rontus Hospital (025 017) Arapovo Bridge (002 016) Bubinela Bridge (016 006).

The Panthera government have hired Theseus as a QRF to deal with these terrorists and explosive rigging. It is estimated you will have One hour to diffuse the explosives upon making 1st contact with the terrorists. 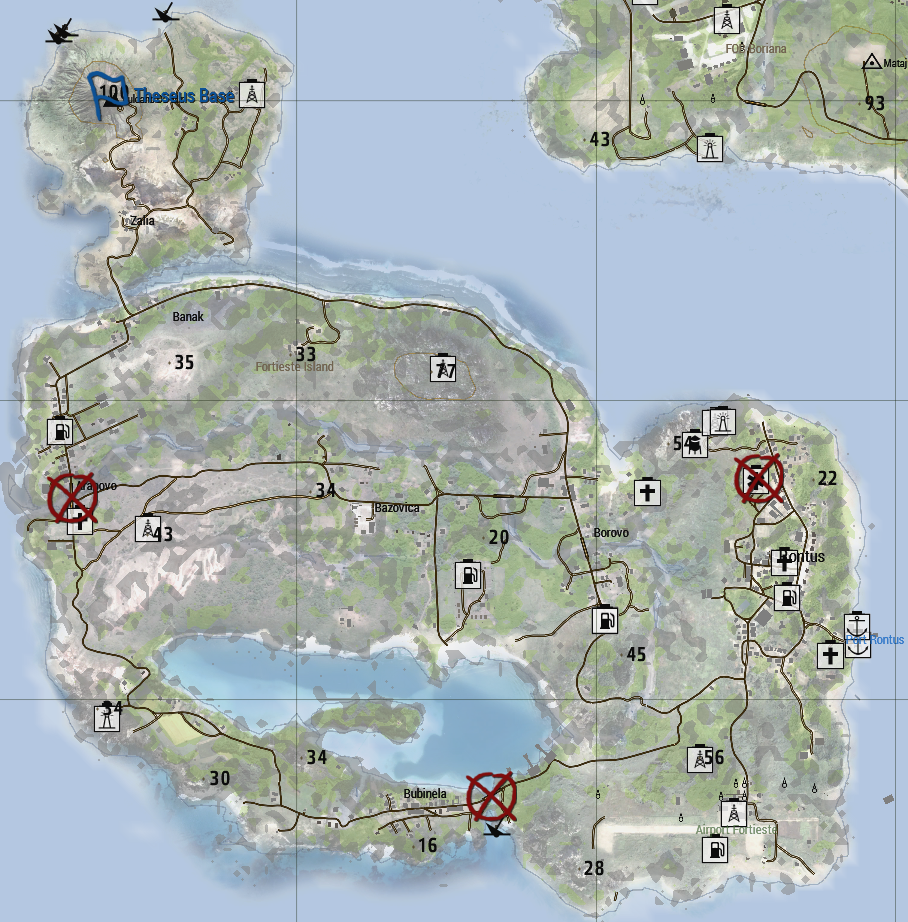 Theseus split into two teams to take on both the hospital and the Arapovo bridge at the same time, and then move on the last bridge together.
Ares 1, taking the hospital, successfully secured it and disarmed most explosives. Unfortunately one bomb went unnoticed, and blew up part of the helipad on the hospital.
Ares 2 took Arapovo bridge, and successfully disarmed all bombs here. They then moved on to the final bridge at Bubinela, and disarmed the explosives there while Ares 1 was still held up around the hospital area engaging contacts.

Returning to the FOB, Theseus got ambushed by unknown hostiles, who were heavier armed compared to the terrorists. They're identity has yet to be confirmed, but Theseus managed to eliminate all the hostiles, and returned to the FOB.

In total two contractors were lost during the mission.