We have once again been contacted by the IDAP members located in takistan, multiple villages at war accepted to hold peace talks.
We've been tasked to escort and protect one of the village chiefs during the negotiations in Bastam's mosque.
Drive him there from the IDAP camp, park right outside of the eastern entrance of the mosque and escort him inside by having him lead the way.

Try to not act conspicuous and engaging hostilities.

Remember that in this region villagers are armed, as such do not engage unless fired upon.

Bring the village chief to the mosque in Bastam for peace talks, keep him safe during the negotiations and bring him back to the IDAP camp once done. 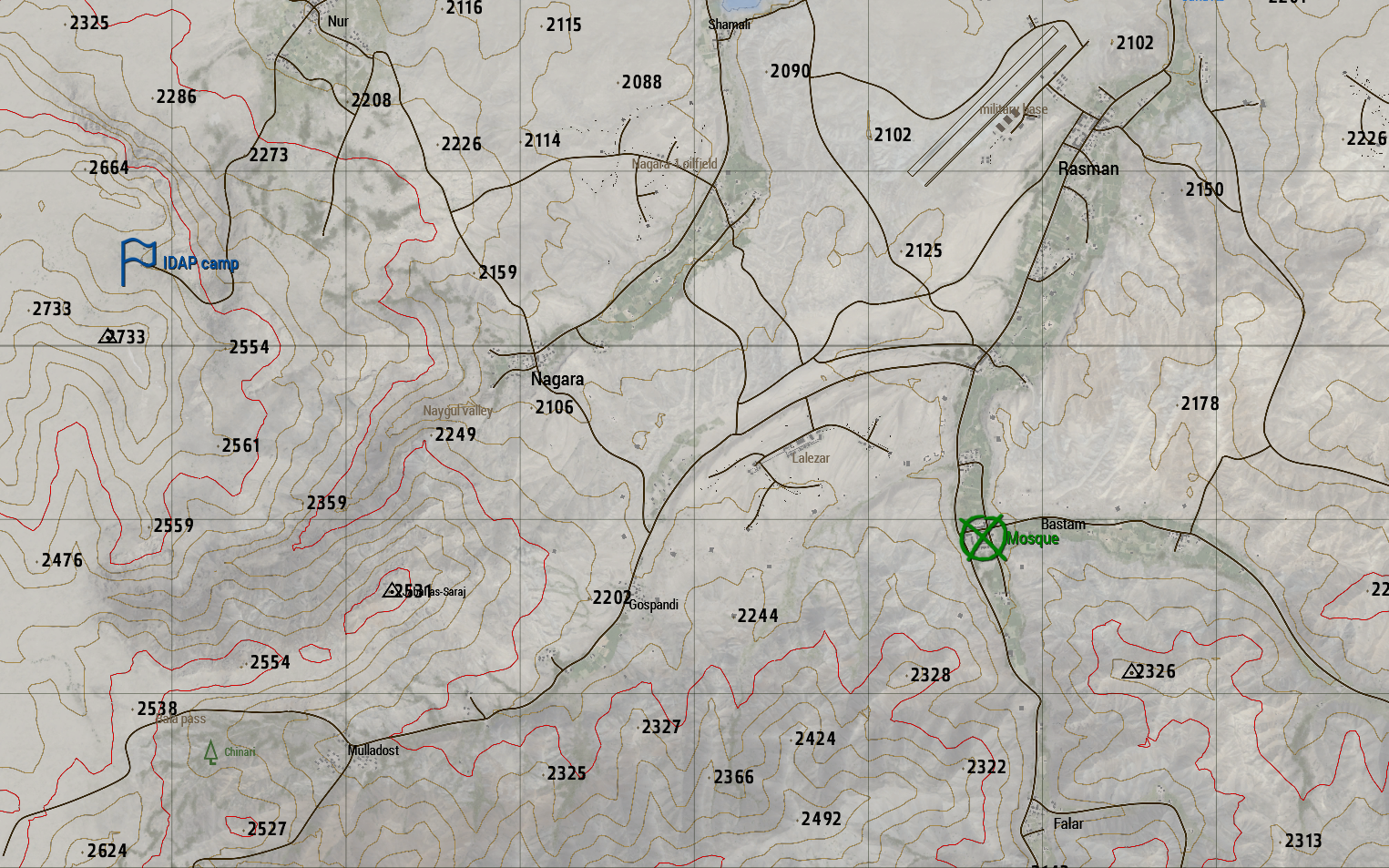 Theseus safely escorted the village chief to the mosque for the meeting. Here, none of the other village chiefs had arrived, and shortly after the armed villagers at the mosque raised their weapons and opened fire. Theseus successfully brought down hostile targets, and after ensuring that the mosque had been secured, we immediately escorted the village chief back outside to our vehicles and drove back to the IDAP camp. Some small contacts were engaging us on the way back, but we managed to avoid the majority of enemy contacts.